Alienoid (외계+인 1부) is a Korean science fiction movie that was released in July 2022 and received great reviews by fans. 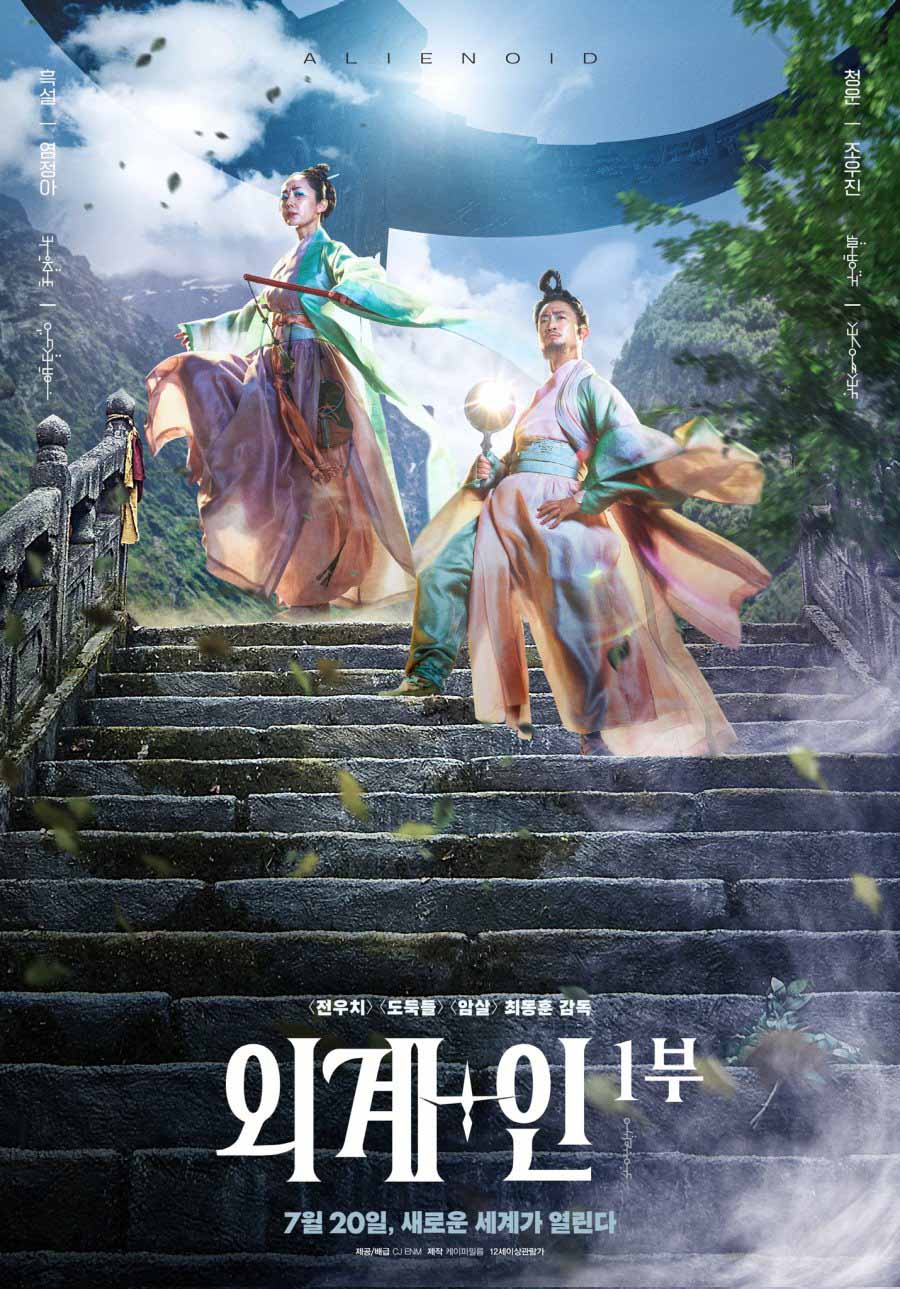 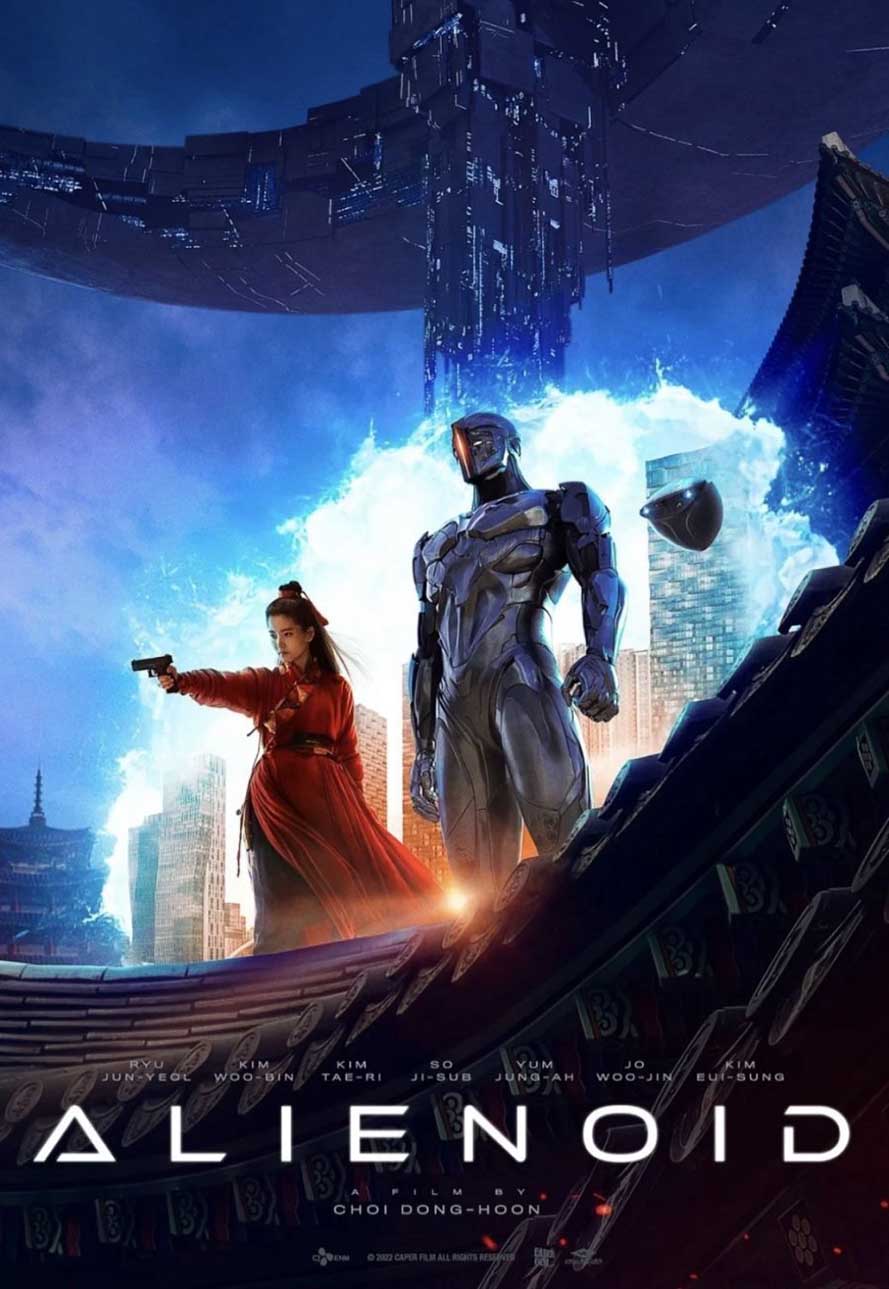 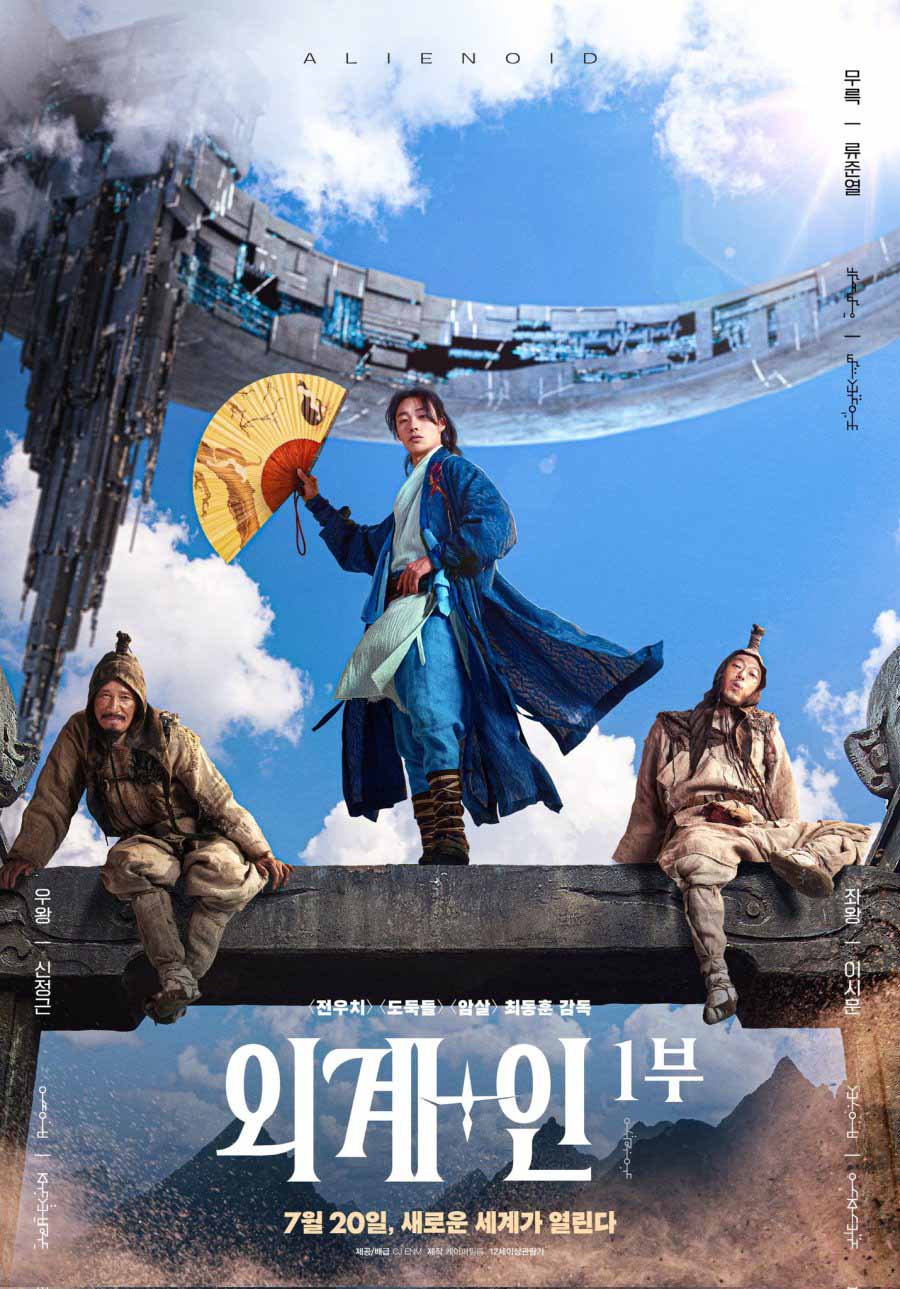 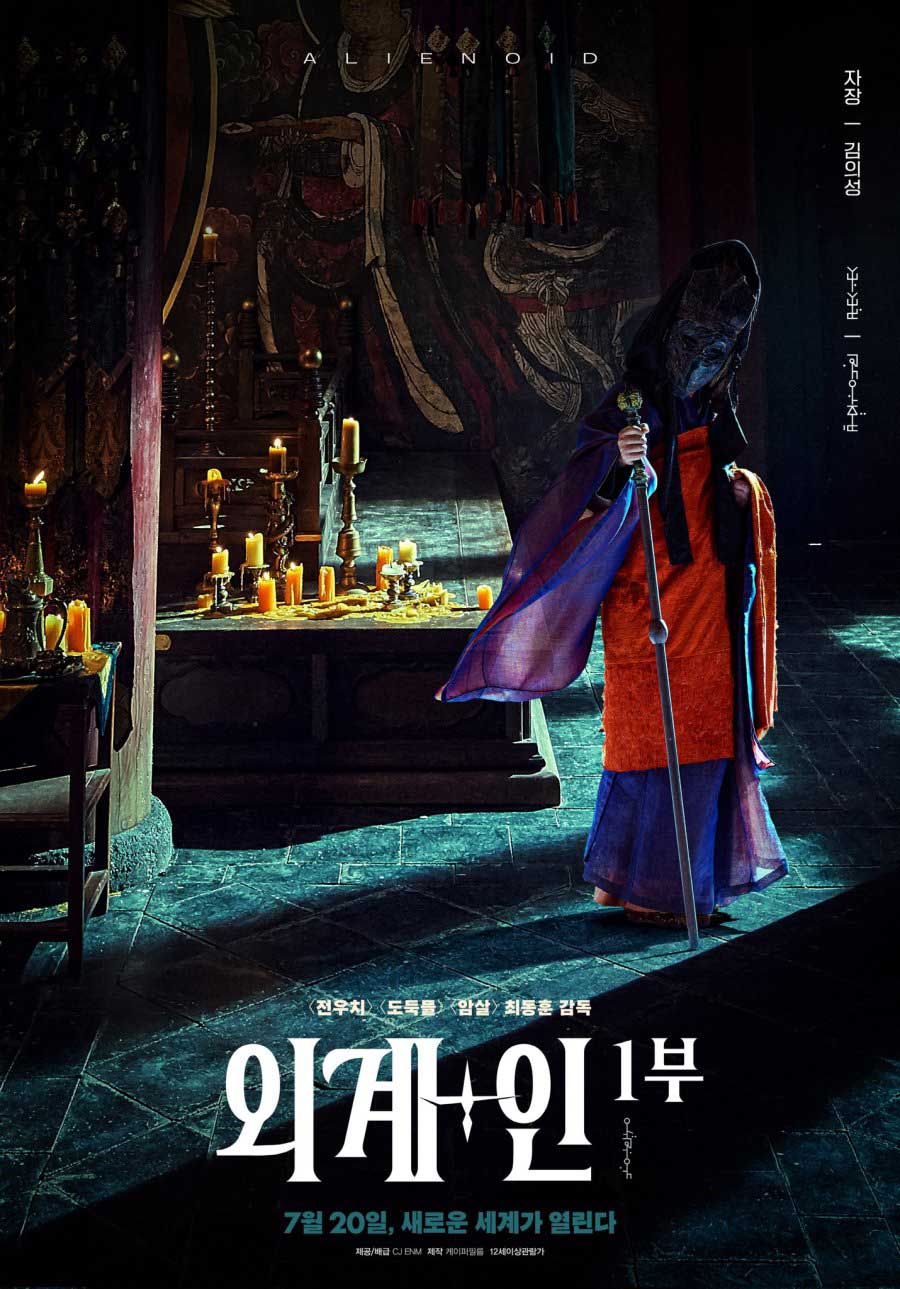 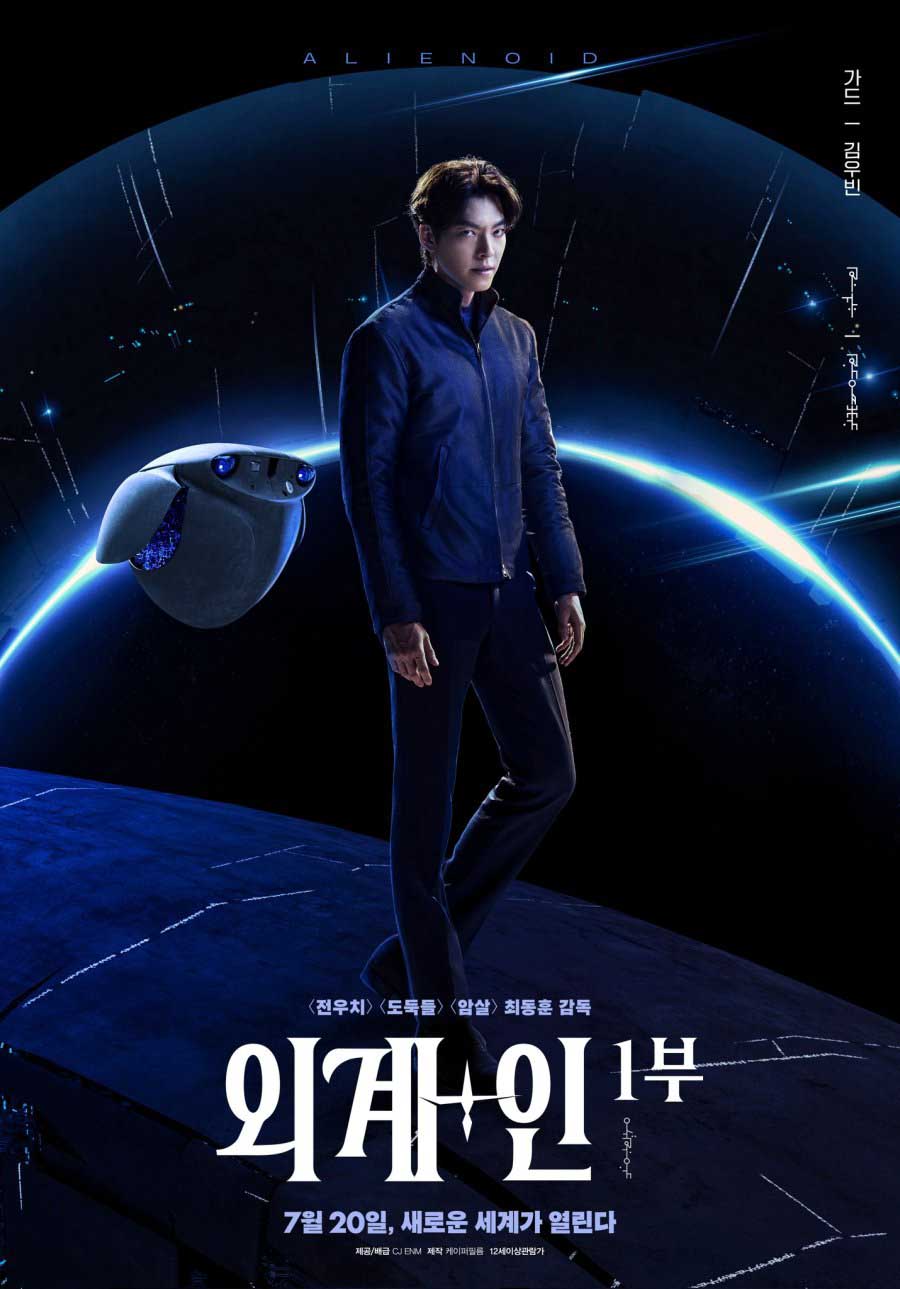 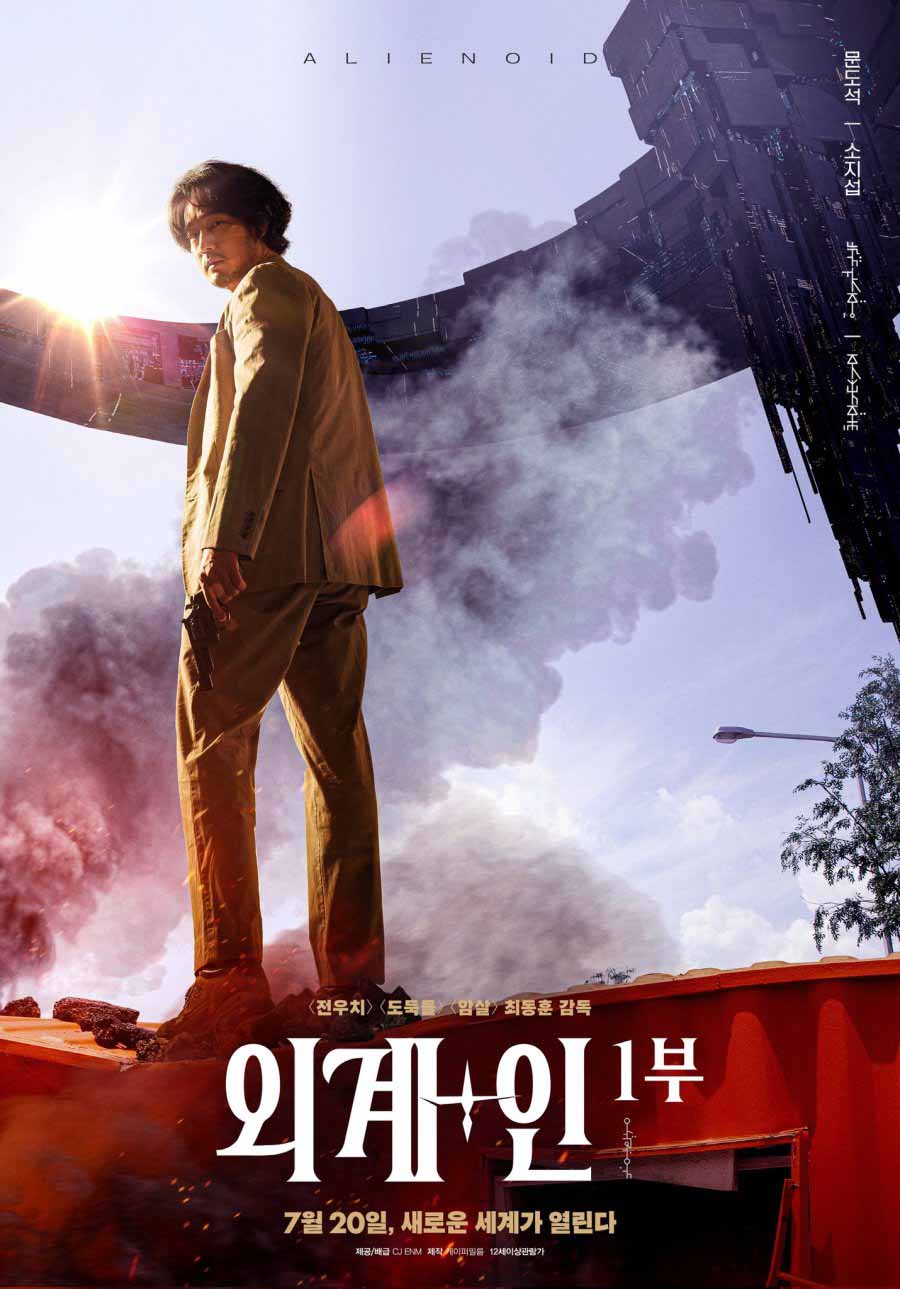 Chaotic situations occur when a time door opens between the late Goryeo dynasty and the present day when aliens appear. Someone wants to seize the legendary divine sword in the Goryeo period.

This is part one of two films, the second of which will be released in 2023.

The movie is 2 hours 22 minutes in duration. 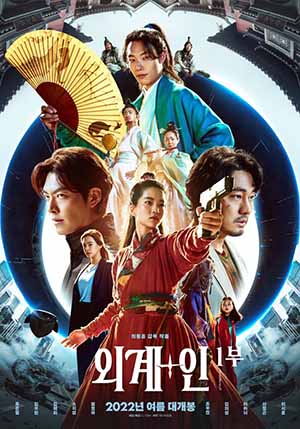 I’ve not seen the main cast in other productions but many have, some for which they saw the movie in the first place.

Kim Woo Bin (김우빈) as Thunder
Thunder is the car/computer in the film.
Instagram

This film is completely bonkers, in a good way.

This film had everything in it; UFOs, time travel, drama, comedy, wuxia-style fight scenes, shape-shifting robots, flying time travelling talking car, sleeper aliens planted in human brains and plenty of CGI. There wasn’t a single boring moment in the film, something was happening every minute. With so much going on a lot of credit must go not only to the actors but everyone behind the scenes, it must have been difficult to execute.

There is a good chance that any SciFi enthusiast will love it.

The negative for me was the movie moved so quickly it was quite confusing at times. Some commented that they thought the producers tried to squeeze so much in within the time allowed. I wondered if I had just missed some key elements of the plot. If at all possible I would recommend watching it at the cinema.

Asian movies always score lower points on Internet Movie Database, so it didn’t score well there but did better on Asian review sites and I agree with the latter. Can’t wait for part 2 to come out next year. It received a “critics pick” from the New York Times. I will give this movie 4.5 out of 5.

As I write this I’m unaware that it’s on any of the usual online services. You can, however, check out your local cinema listings, it is playing here in Vancouver, Canada in selected theatres.