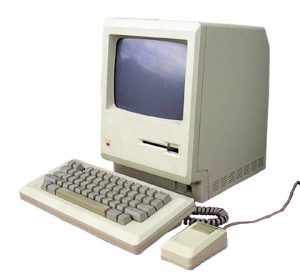 Today was a bad day on the stock market as Apple announced a slowdown for what it relates to the Trade War with China but generally, there is a slowdown in that sector. Consumers don’t appear to be buying as many iPhones as they used to, waiting for longer periods of time to update their technology, also, everyone who wants one probably has one by now.

I reflect on this relating to my opinion of Apple.

I am still on the iPhone 6 and have no plans on upgrading as they are extremely expensive for something I don’t use that often, I am not a power user.  The latest iPhone’s can be anything from CAD$649 to CAD$1029 depending on whether you trade in your old model, that is way too pricey to make a frequent investment.  I don’t need to upgrade to use the latest camera or any of the built-in tool that the newer models come with as long as I can run the few apps I need on the device. I wouldn’t consider moving away from Apple right now because I don’t like the Android Operating System at all and have bought apps needed for my business that I don’t want to have to re-buy again for another OS.

I have a really old iPad which cannot install the latest apps now but I am happy with what I use it for.  Basically, I read comics, books and magazines on it in an app that doesn’t need upgrading for the time being. Because of the weight of an iPad I find it more enjoyable reading from my desktop computer than my heavy iPad so I feel, for such minimal use, it’s not worth upgrading. A new one would cost minimum CAD$999, eeek.

I have just bought a new Mac Desktop but that was thanks to our moving company destroying my old computer and the insurance providing the funds to buy a new one.  I had my old computer for 8 years. Compared with PCs they are horrendously expensive to replace.

So, for me, upgrading is all about price.  Apple is obviously better quality than PCs but there is a hefty price to pay for that luxury. So, I won’t upgrade that often.  Now, Apple could bring down its prices and I would be tempted to buy more frequently and maybe that would tempt other people to do the same which could be a boost for the company but right now they don’t make that possible for me.