The Canadian Election has been announced to take place on 20th September 2021, this is a quick review of who is running in my own local area.

There has been a great deal of talk about why the election is being held now, according to some Mr Trudeau promised there wouldn’t be held now and is only holding it since he is sure to win. Not sure whether that is true or not. Either way, it does appear this was unexpected and prospective candidates do appear to be slightly unprepared for this eventuality, so I do feel for them in a way. They are doing the best they can under the circumstances.

We live in the Surrey-Newton area of British Columbia. It is a diverse district but has many issues from crime to empty stores. At the time the election was announced there were no candidates in the area listed aside from the incumbent from the Liberal Party. As a Brit, I find this a little odd that each party didn’t have representation here already.

My neighbours talk about Sukh Dhaliwal as being heavily supported by the local community but wasn’t sure what he’s achieved for the area.

A good percentage of his tweets or retweets are from the federal rather than local perspective. Now and again, I am given a little insight into what he is doing locally but not a great deal. This is the case in the US too.

Let’s have a look at his entry on the Liberal Party website: 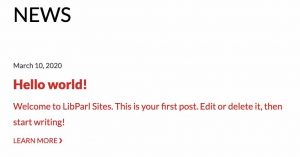 Well, that’s not good! No platform for the local area but you can see a very brief resume about him.

The Conservative Party candidate for this area is Syed Mohsin. So, let’s see what we can find out about him.

First, I went to the Conservative Party website and saw their list of candidates [looks like this link is now broken but replaced with some kind of childish graphic [as of 31 Jan 2023]. In the little container they have for him there are no links to any social media accounts. Not a good start. However, when I click on the “Learn More” link [as of 29 Jan 2023 the link is broken and goes nowhere] the site just times out, also, there is no security certificate on the domain either.

So, I have nothing to go on to assess what this part will do for this area.

This one is looking more hopeful.  The NDP candidate is Avneet Johal.

Avneet has two sub-domains at the NDP website, so https://surreynewton.ndp.ca just redirects to https://avneetjohal.ndp.ca.

His resume looks good, and hits some of the keywords I like such as “mental health”, “diversity”, “climate” & “jobs” etc.

When I go to the websites News section, it’s a little disappointing as the entries are from a federal rather than local perspective. There is nothing there which outlines his platform/manifesto for this area.  The Events page is empty at the time I visited it. The Volunteer page has a picture of Jagmeet Singh, which is lovely, but it would be better to have Avneet’s picture there. He needs to fast track his campaign to beat the Liberal Party candidate.

I cannot find a candidate listed for this area. Again, I have no idea what the party would do for Surrey-Newton.

Pamela Singh is this party’s candidate.

Pamela has an entry on the PPC website with a short bio, but right now that’s about it. So, I can’t comment on this candidate right now.

Parveer Hundal is an Independent candidate running in this area.

Parveer is very articulate and sounds like she would be a great representative for Newton. She appears to be focused on crime, which is high in the Surrey, British Columbia, area.  Looking through some keywords/subject specialities on her resume/outline I see “crime”. “youth”, “housing”, “mental health”, “overdose”, “health care reform”, “affordable education”, and “diversity”. I don’t see mention of climate change or LGBTQ issues.

On her website she needs to link to any social media account she has and keep pushing the message out. She also needs to write a platform/manifesto and keep plugging away with more blog/news items.

While nothing to do with their policies the two most approachable candidates for me are Parveer Hundal and Avneet Johal. We need some young forward-thinking candidates who are great for the community and represent the youth who will be most affected by issues like climate change.

I would like to compare all the parties but there is little or no presence from the Conservatives, Green Party and PPC. I just don’t know what the Liberal Party candidate has achieved here or what his manifesto is. The candidate who has outlined their policies/vision the most is Parveer Hundal.

When I speak to neighbours they say the Liberal candidate will surely get back in, no one knows what he has done but since he has the support of the community, he’s bound to get the most votes. The Labour Party in the UK was overconfident, and they were slaughtered at the last election, this could be the case here. Trudeau is extremely unpopular here in my community, I suspect they’ll be looking for someone else. Either way, I wish all the candidates my best.

When I become a citizen I look forward to voting in the next election.