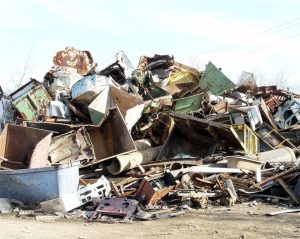 don’t have anything against advertising and have used it in various jobs myself, however, some companies appear to over-advertise which starts to feel quite intimidating. The photo of junk feels like the advertising I see every single day.

Adverts these days are everywhere.  Whatever you do and where ever you go they are very hard to avoid; on social media, websites, television, on the bus, public toilets, public spaces, text messages, train stations, newspapers – it’s tough to shut them out of your life.

So, what happens when someone continuously sees the same, or a particularly bad, advert:

Companies control the rate of advertising that goes out, they should fine-tune it so customers don’t feel bullied into purchasing the products. Companies also control, somewhat, who their target audience is such as on Social Media.  Hopefully, a company targets advertising to a cross-section of people who can benefit from their product, but you wouldn’t bombard someone who is in the senior age group for a product that is for teenagers. On a daily basis, I see many examples of mistargeted ads.

Who are the main culprits of over-advertising? Here are some examples:

Many companies that over-advertise push so much income into the marketing department but fail to beef up customer service staff which is why you see so many negative experiences with the ones I mention above.

The reason why Ad Blocker type plugins have become so successful is partly due to the continuous bombardment of adverts we are all seeing these days. We shouldn’t need to use these plugins if companies moderate themselves.

Peaceful Restaurant first opened in Vancouver in 1997 specialising in Northern Chinese cuisine. I remember the first branch, which wasn’t very big, always had long lines outside waiting to get in.  Whenever the in-laws visited Vancouver this was the number one destination for them to go.

The restaurant increased it’s popularity when it was showcased on the Food Network’s Diners Drive-Ins and Dives television show:

Now we extremely lucky to have a new branch of the restaurant chain open right here in Newton, Surrey, British Columbia. When we saw the signage the other day we asked ourselves whether it could be the same chain that we have known and loved for 10 years.  Today we found out that it was!

We were thinking of a nice restaurant to go to for Valentine’s day lunch so we thought we’d try it out. We didn’t realize it was their first day of business at that location and we were, in fact, their first customers.  As in typical Chinese tradition, they had an open ceremony with Lion Dancers.  The restaurant was crowded attended by and in celebration of, the suppliers and stakeholders of the chain.

The food was amazing as usual, as good as all the other Peaceful restaurants. We had all our favourite food. It was a fantastic treat for Valentines.

Since the restaurant is very near where we live we’ll be visiting them frequently. I hope everyone else will be too. 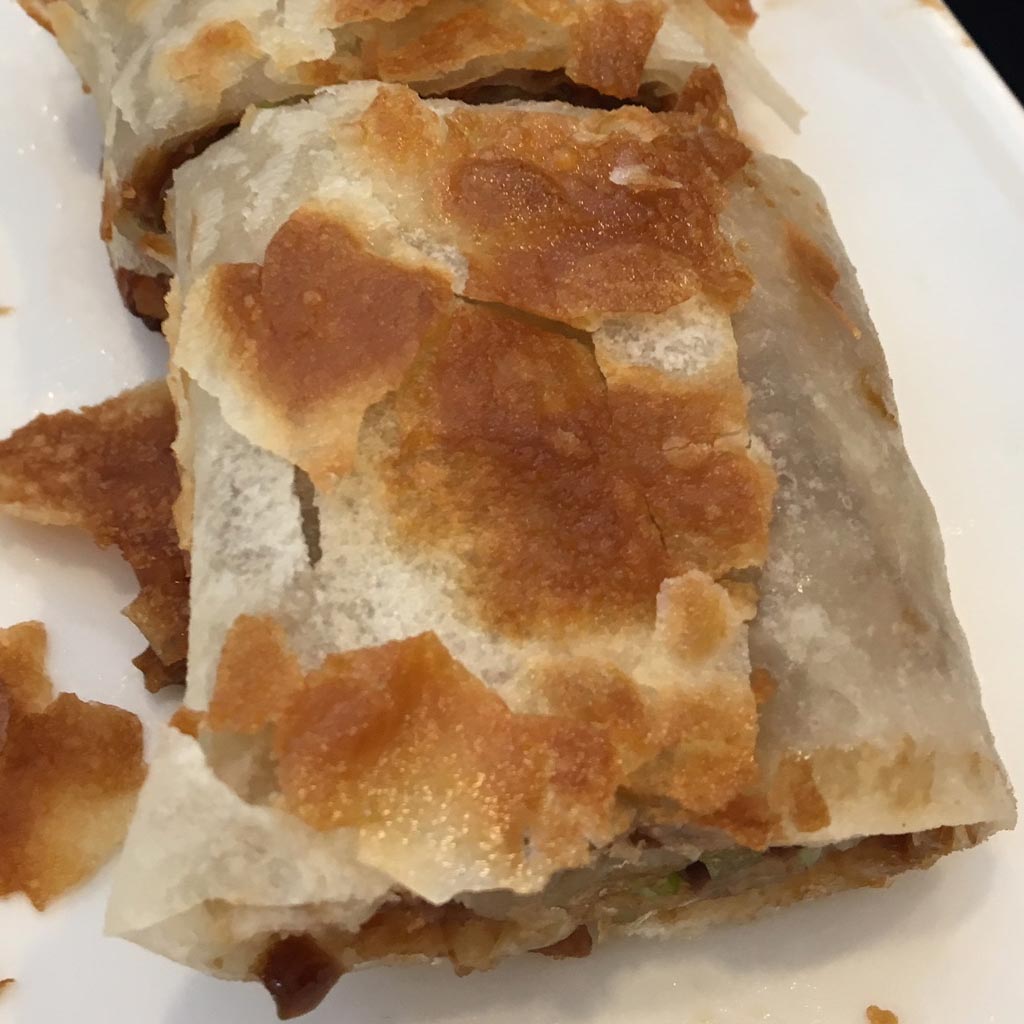 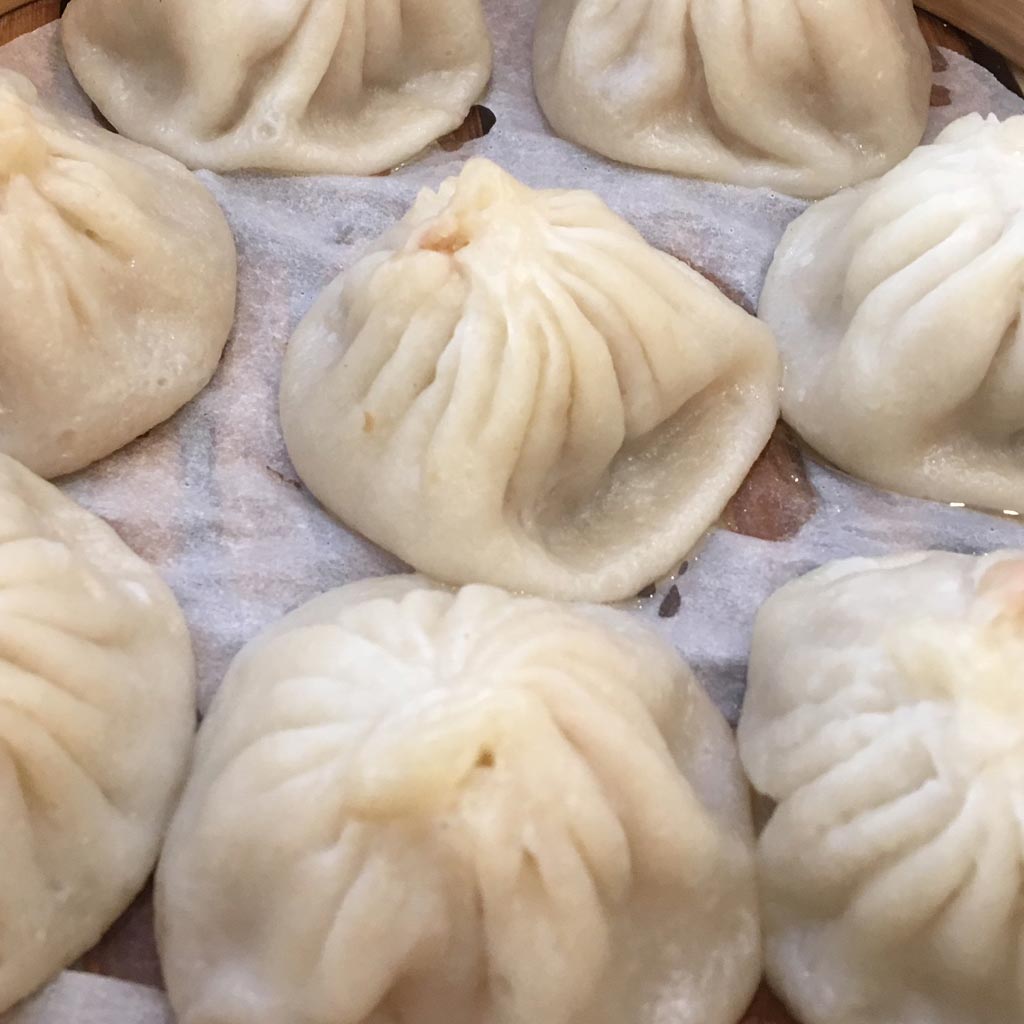 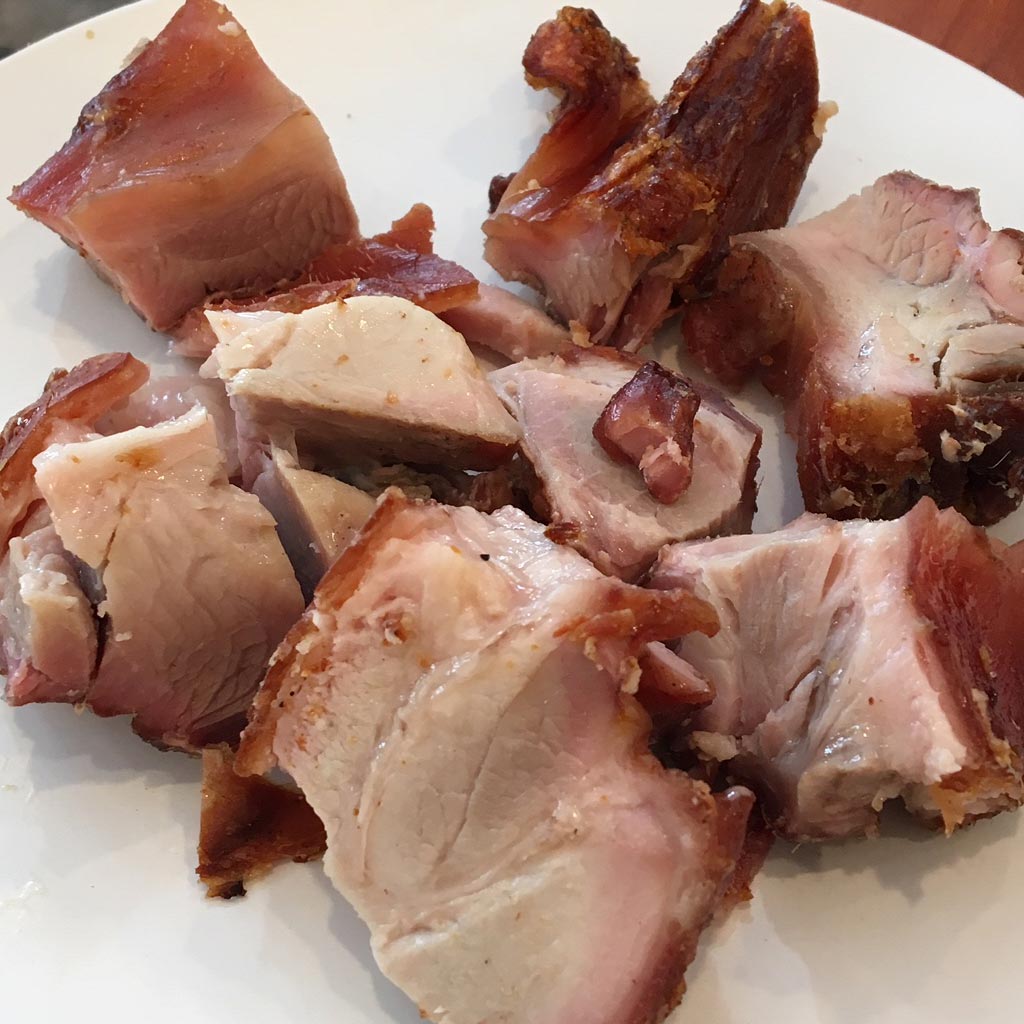 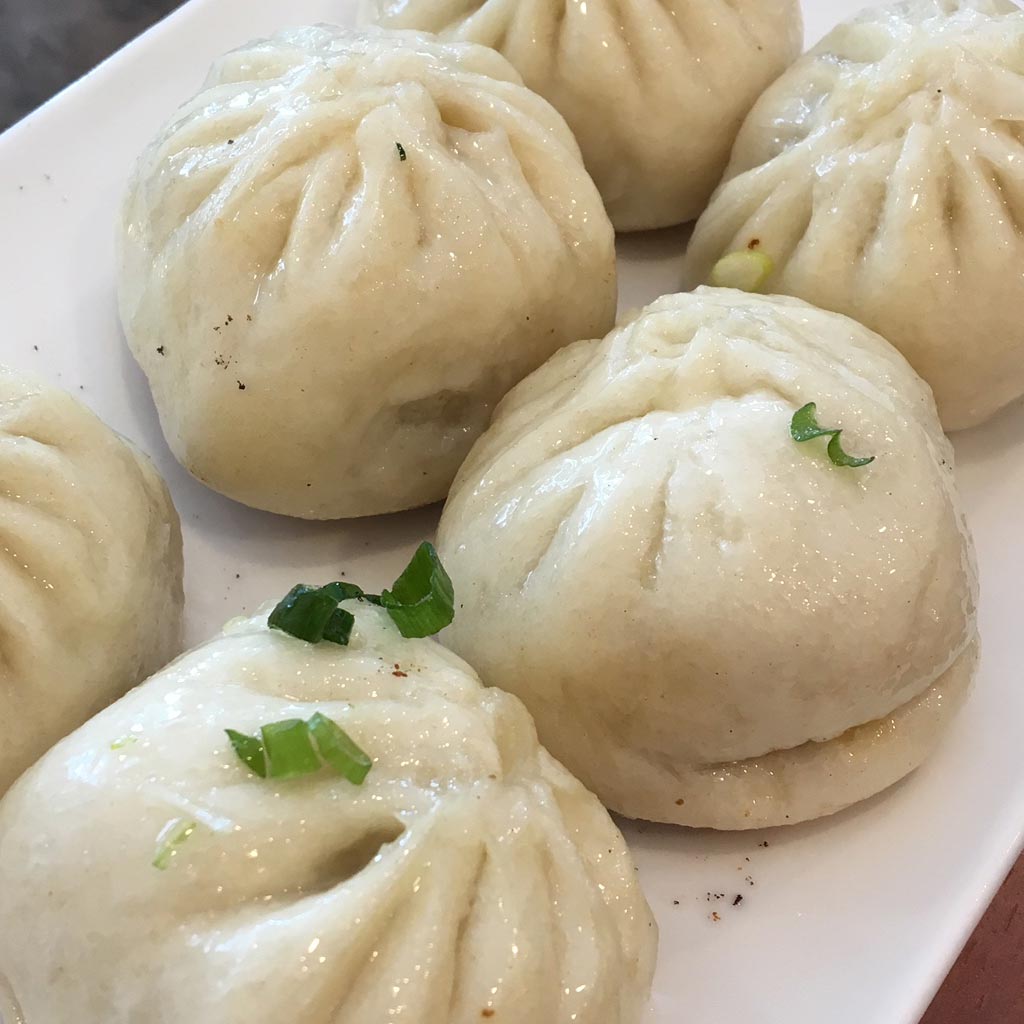 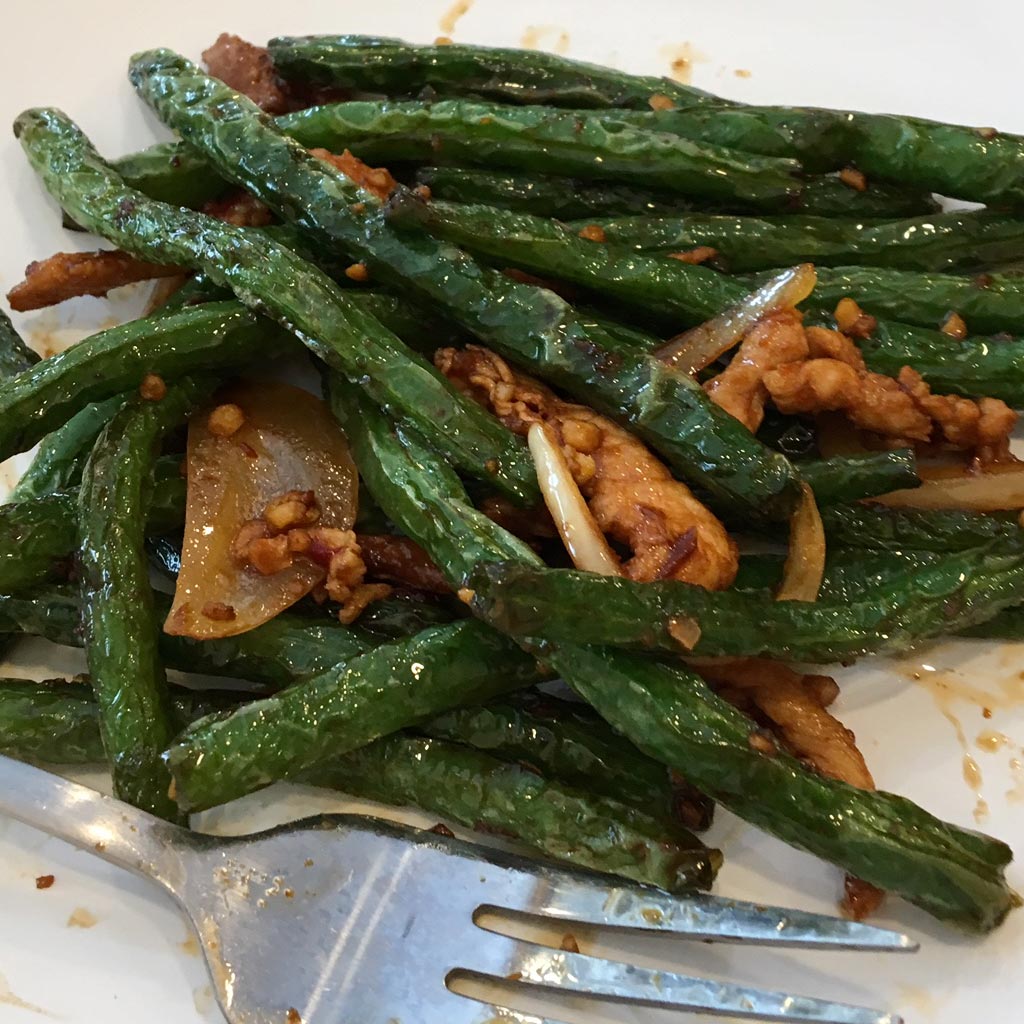 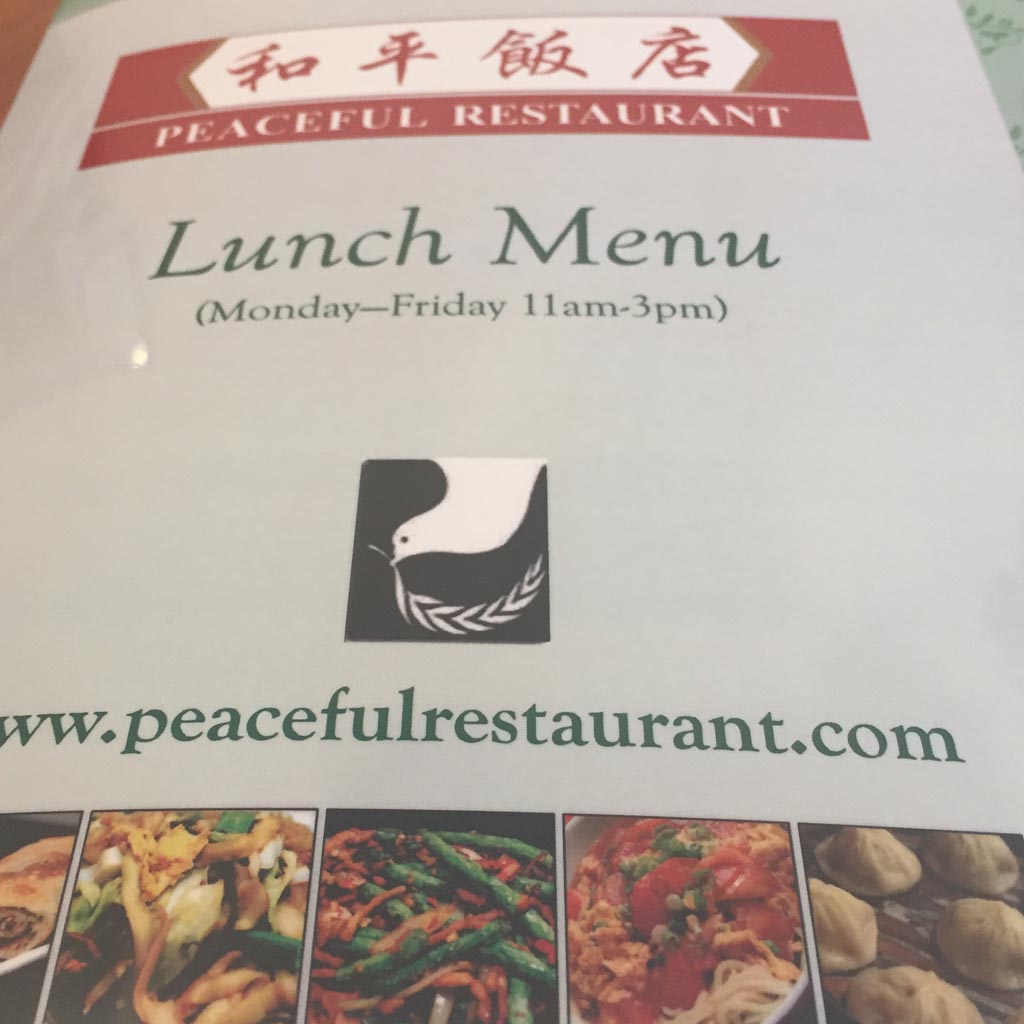 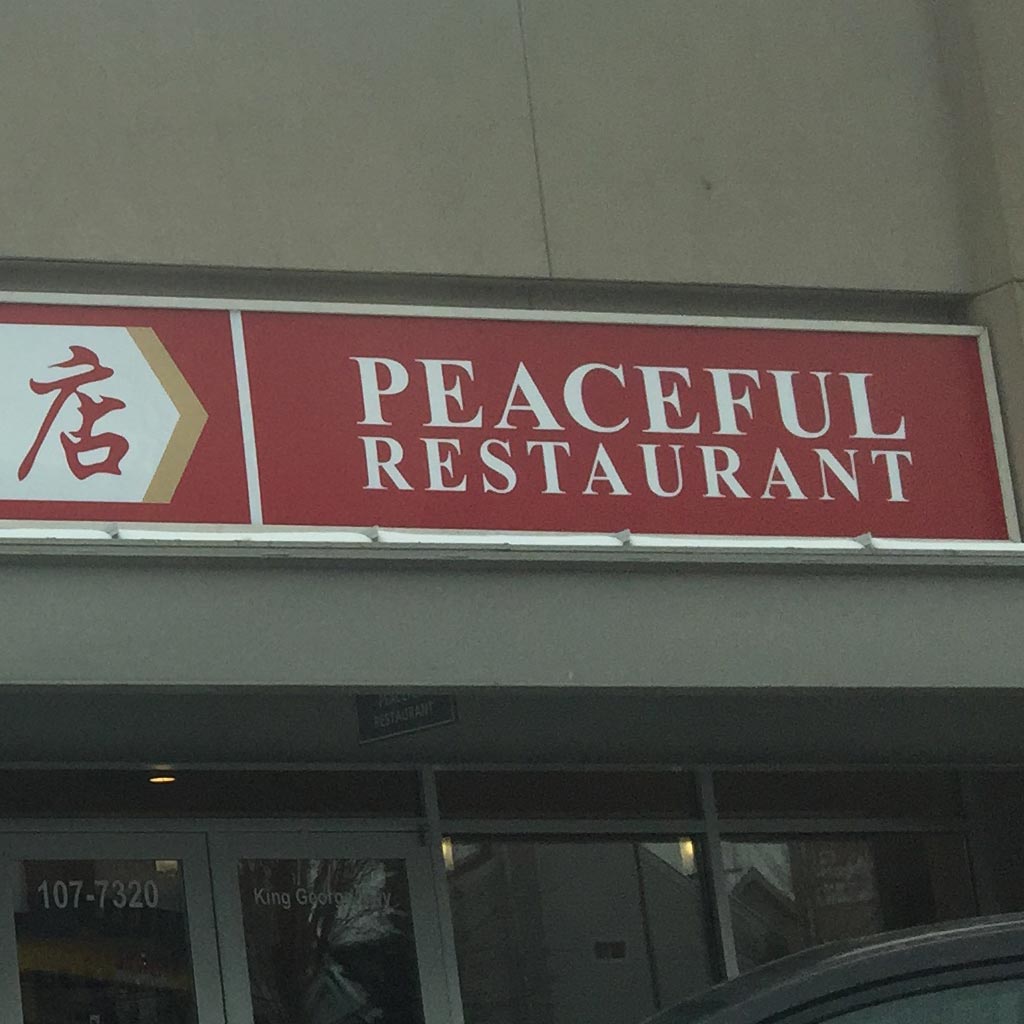 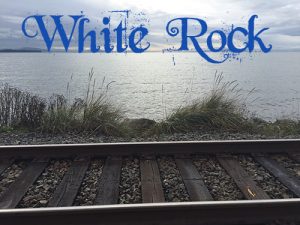 When we came back to Canada one of the places I really wanted to move to was White Rock.  Why White Rock?  Two main reasons really 1) it was by the sea so I would get the fresh air from the water, and 2) it reminded me of a typical British seaside resort, therefore, I would feel it would be a little piece of home in Canada.  Unfortunately, it wasn’t to be due to a number of reasons but pleased to live close by.

White Rock is a municipality of Metro Vancouver and is easily reached by car and public transport. Some of the draws to the city are its quaint shops, the beach, the pier and restaurants, especially those on the promenade. There is ongoing development in the area which is good for driving new business and new residents including those who can no longer afford to live in Vancouver.

Following are some of the businesses, large and small, we have frequented and enjoyed, too many to provide a complete list:

The most enjoyable things to do are basically strolling around enjoying the beach, walking along the promenade, the pier, and White Rock Museum. People in general just like to hang out when they are not enjoying the shops. Personally, I like to watch the BNSF train because in the UK I used to live near the major route into Liverpool Street Station, kind of makes me feel at home too. Unfortunately, the pier was damaged in a recent storm, but they managed to fix more complex ones in the UK so no doubt this will be fixed too.

You can find more things to do on the Explore White Rock website.

Following are some photos from our last trip to White Rock, which was to celebrate our birthdays. 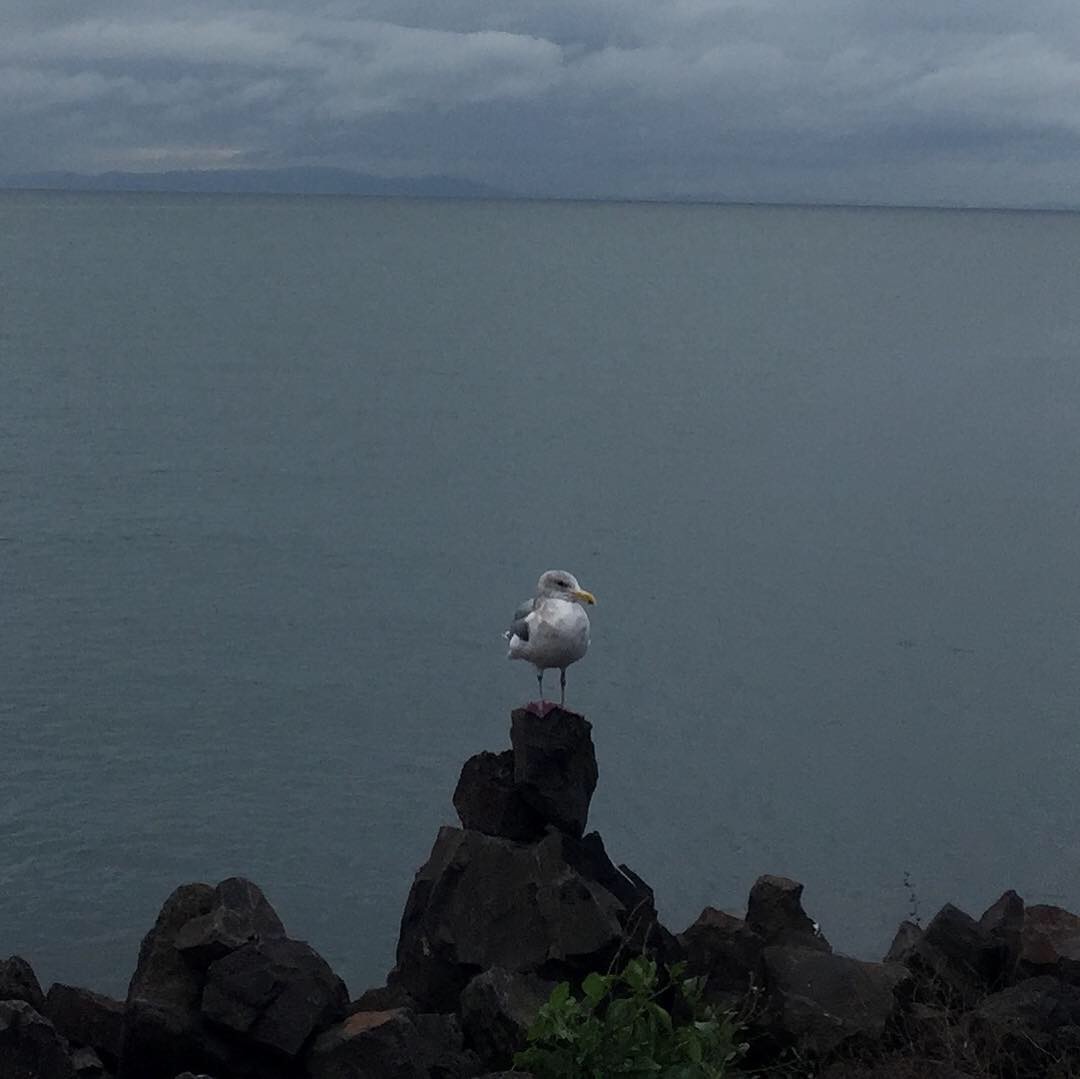 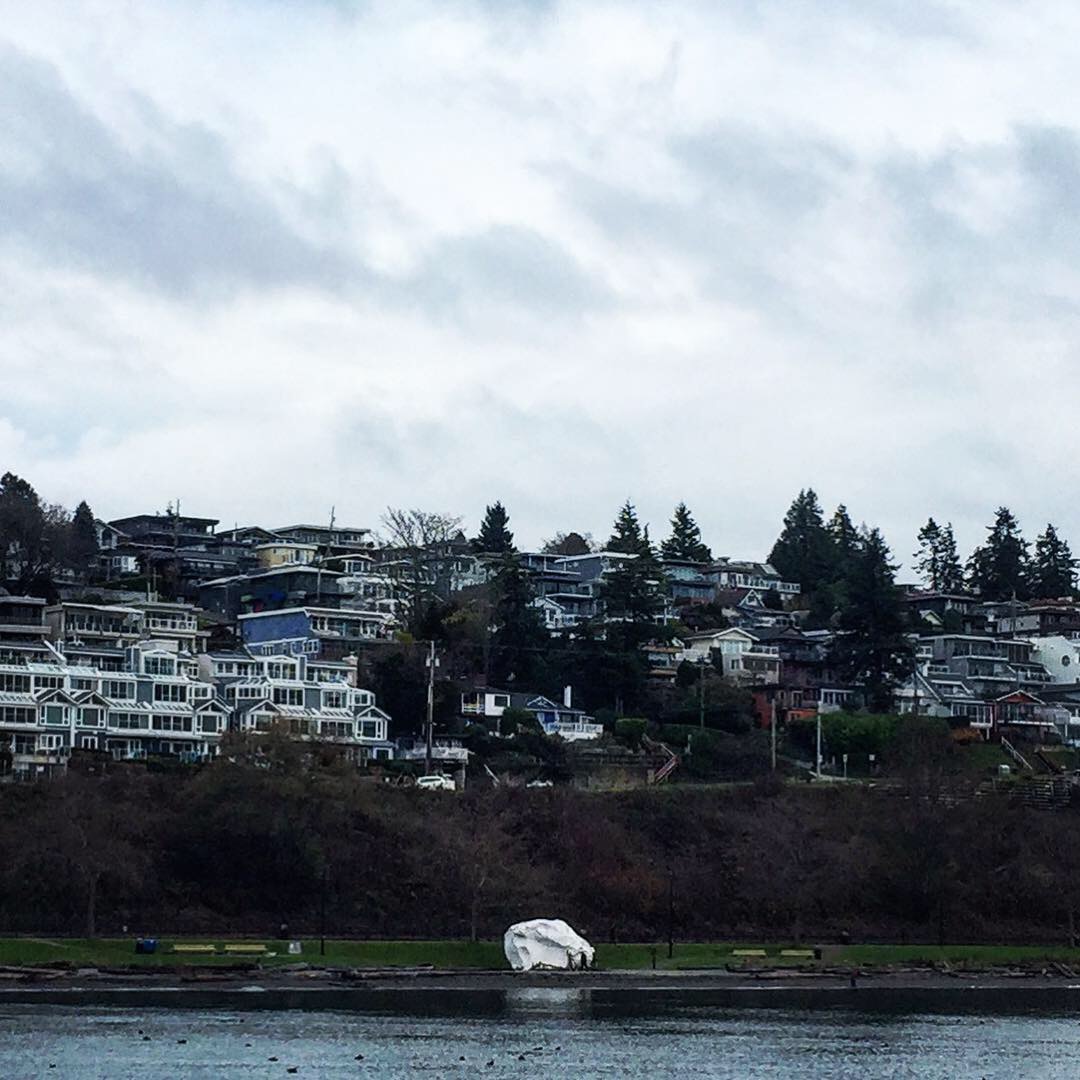 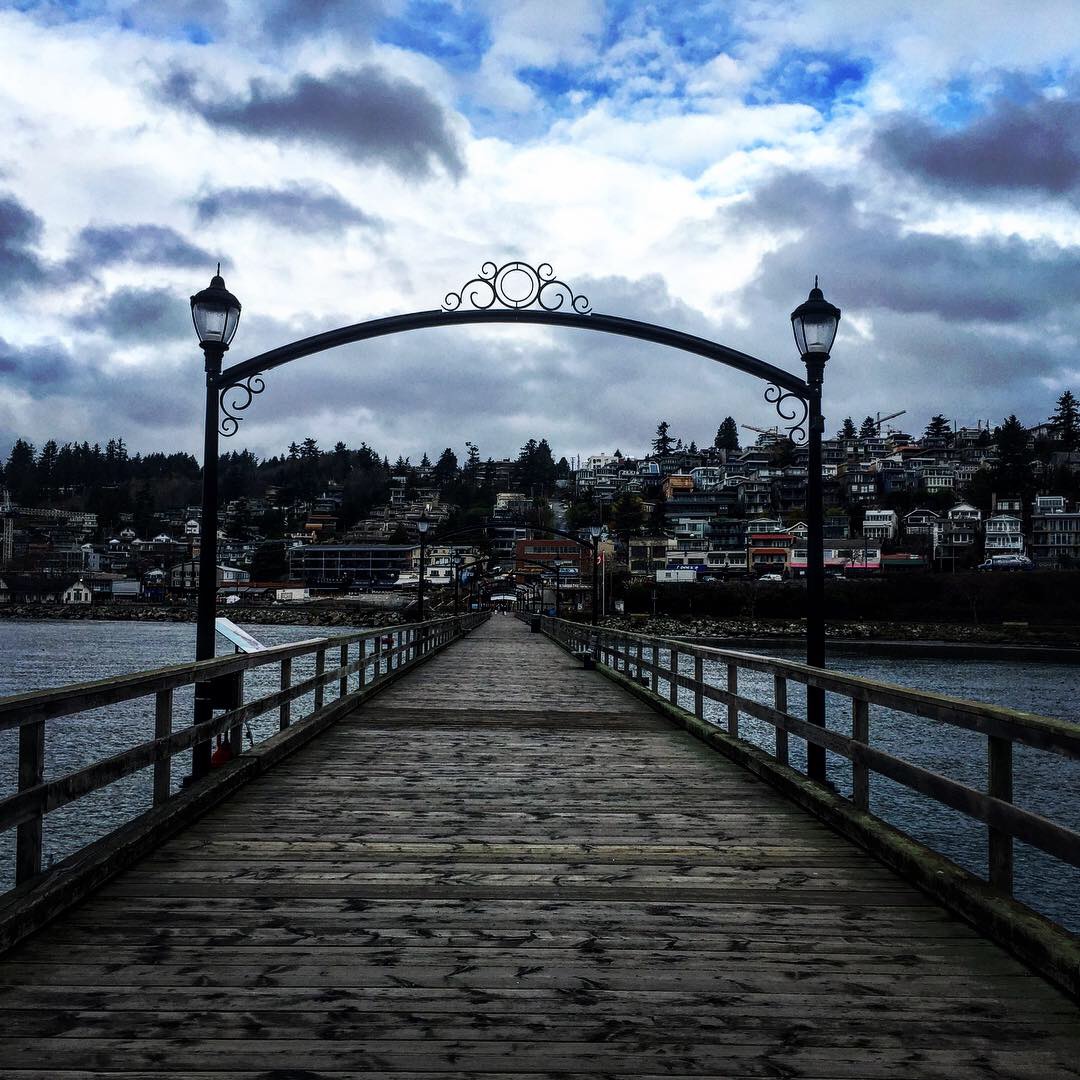 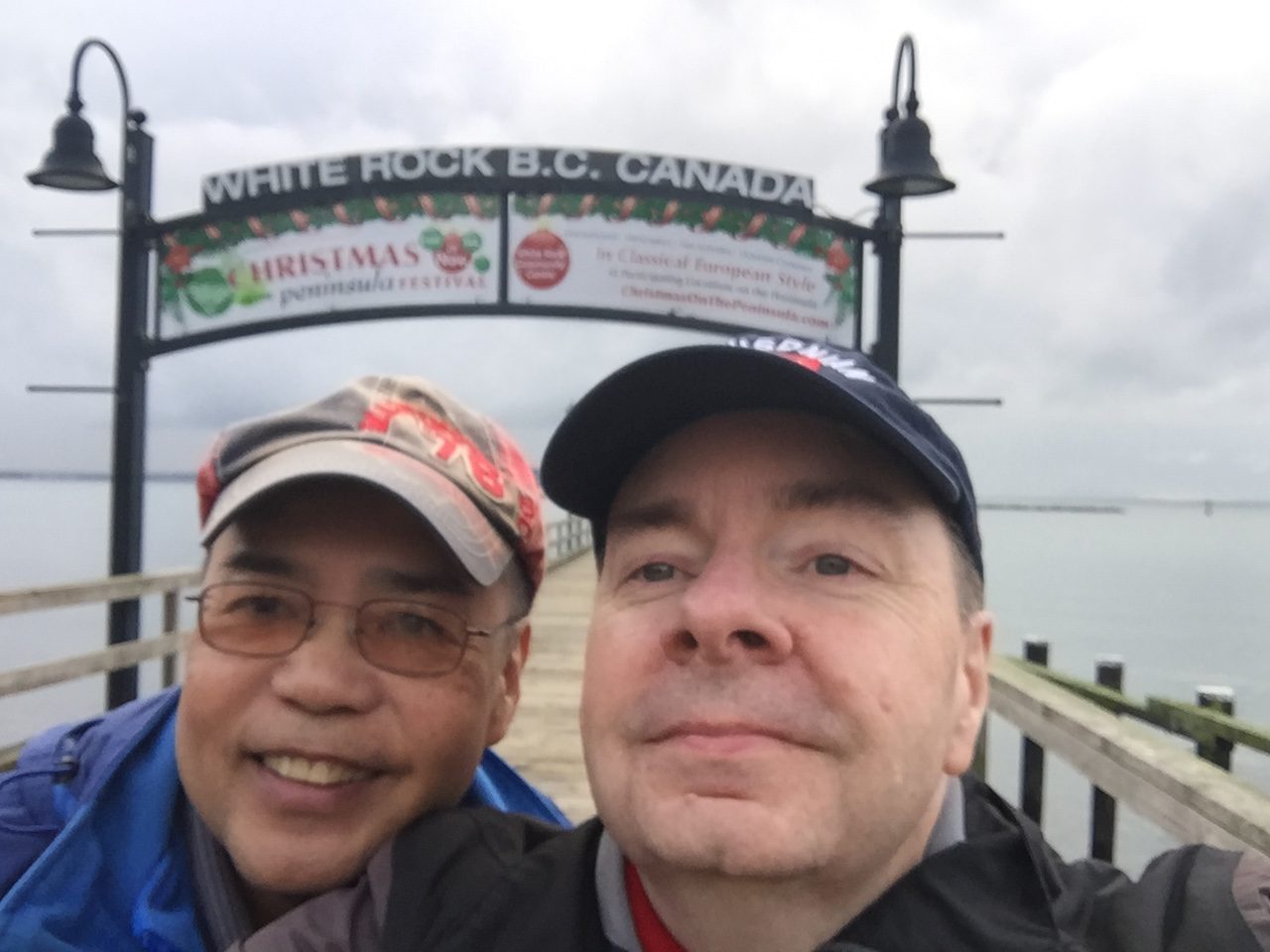 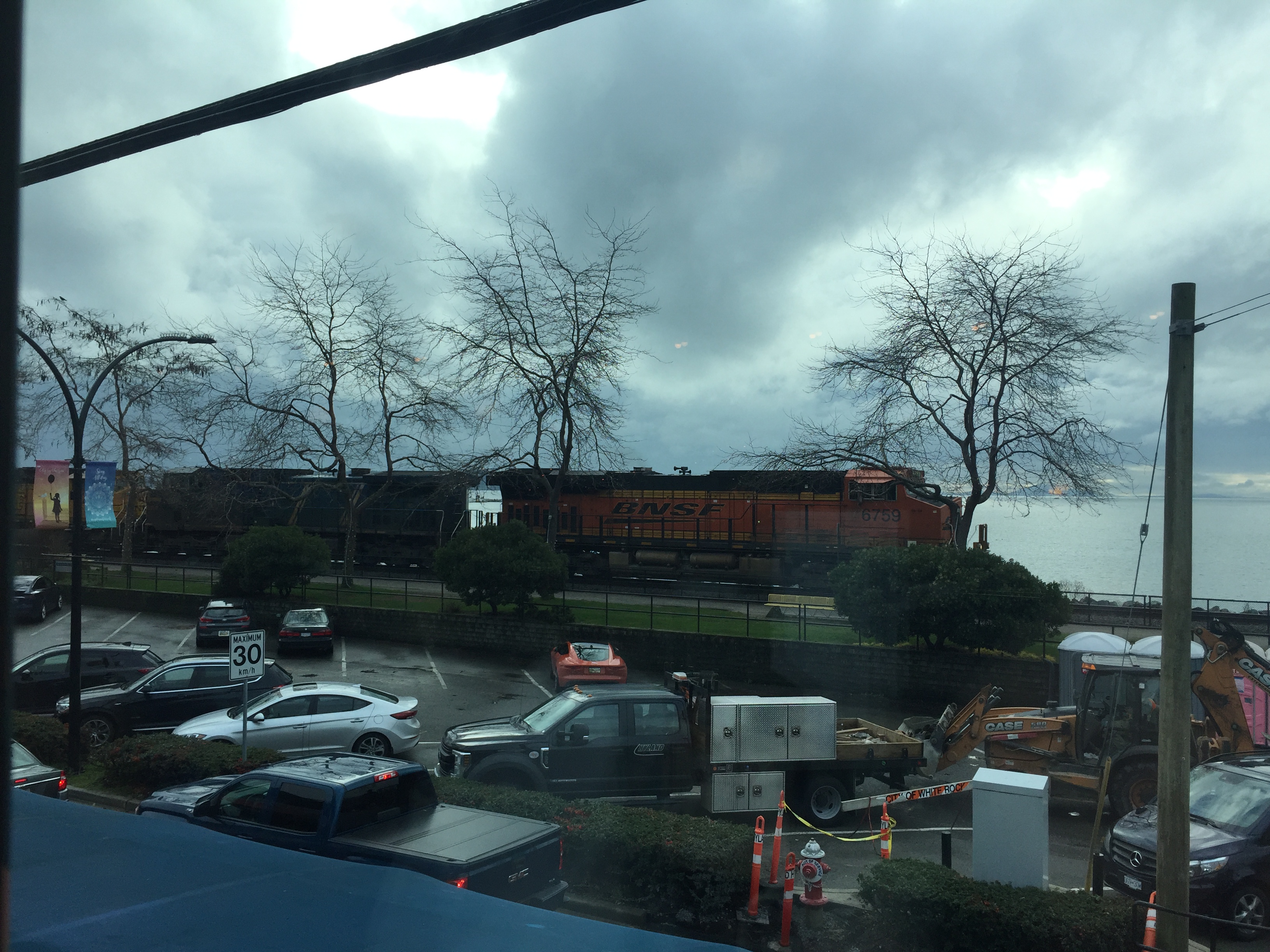 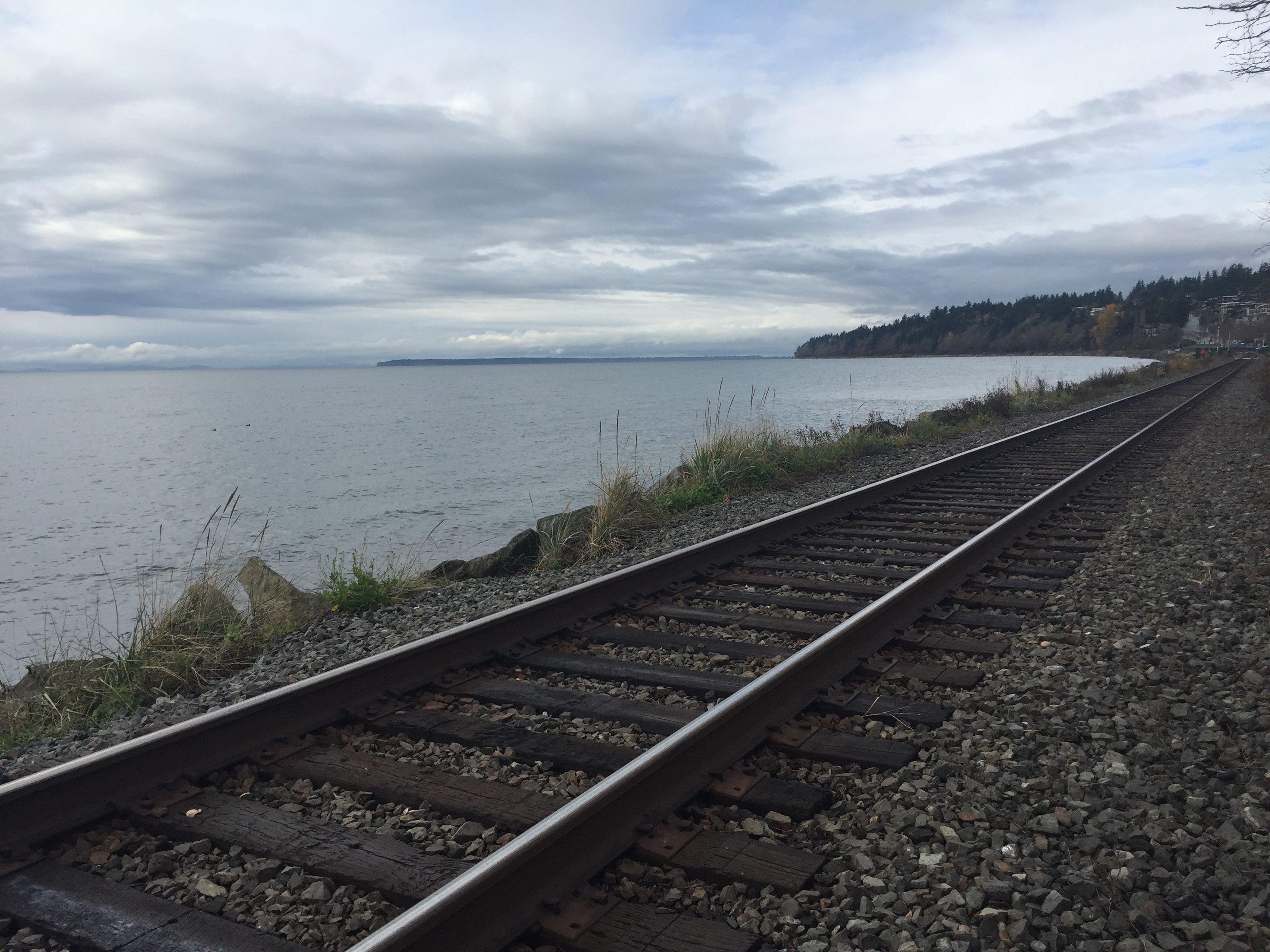 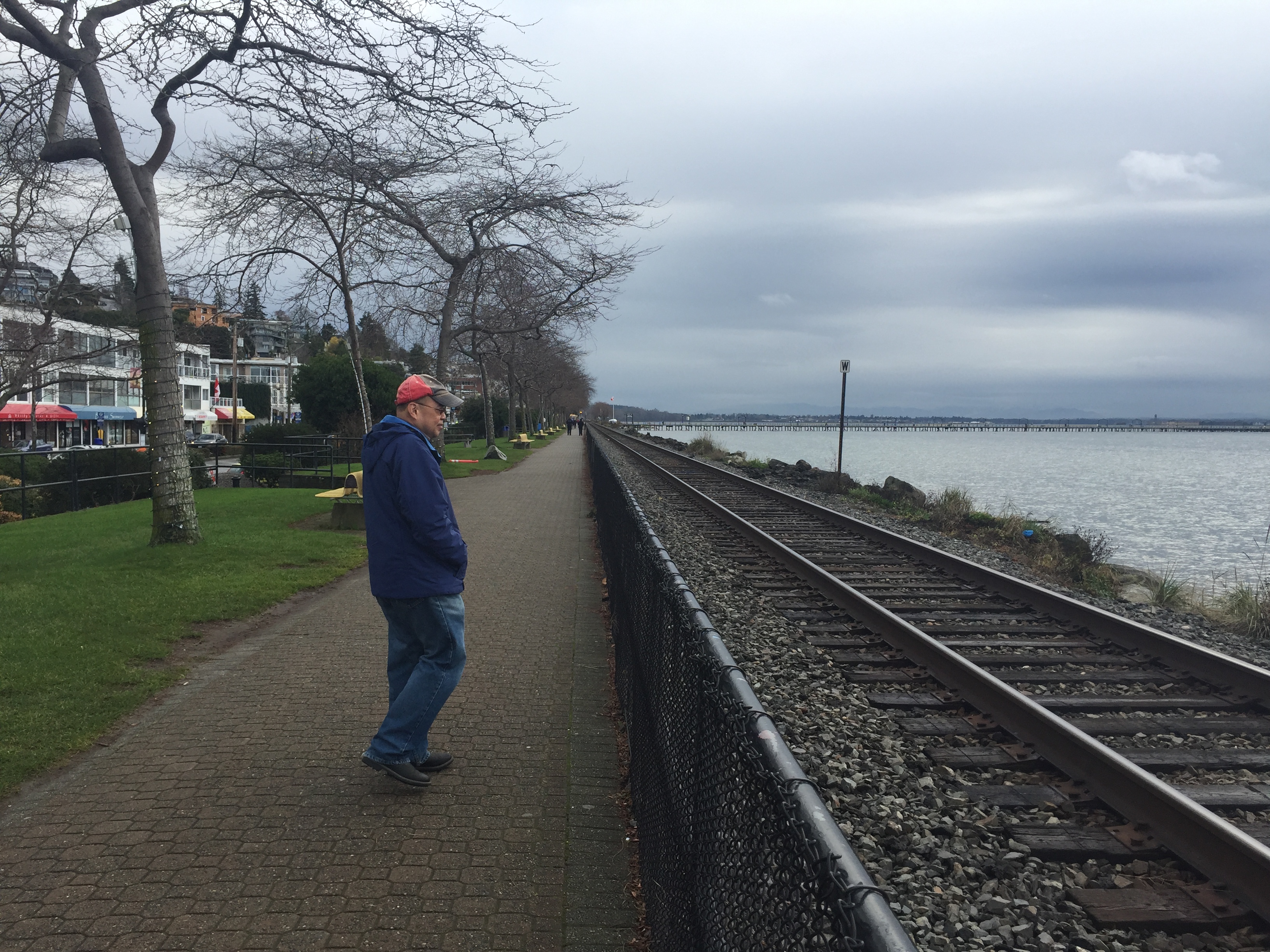 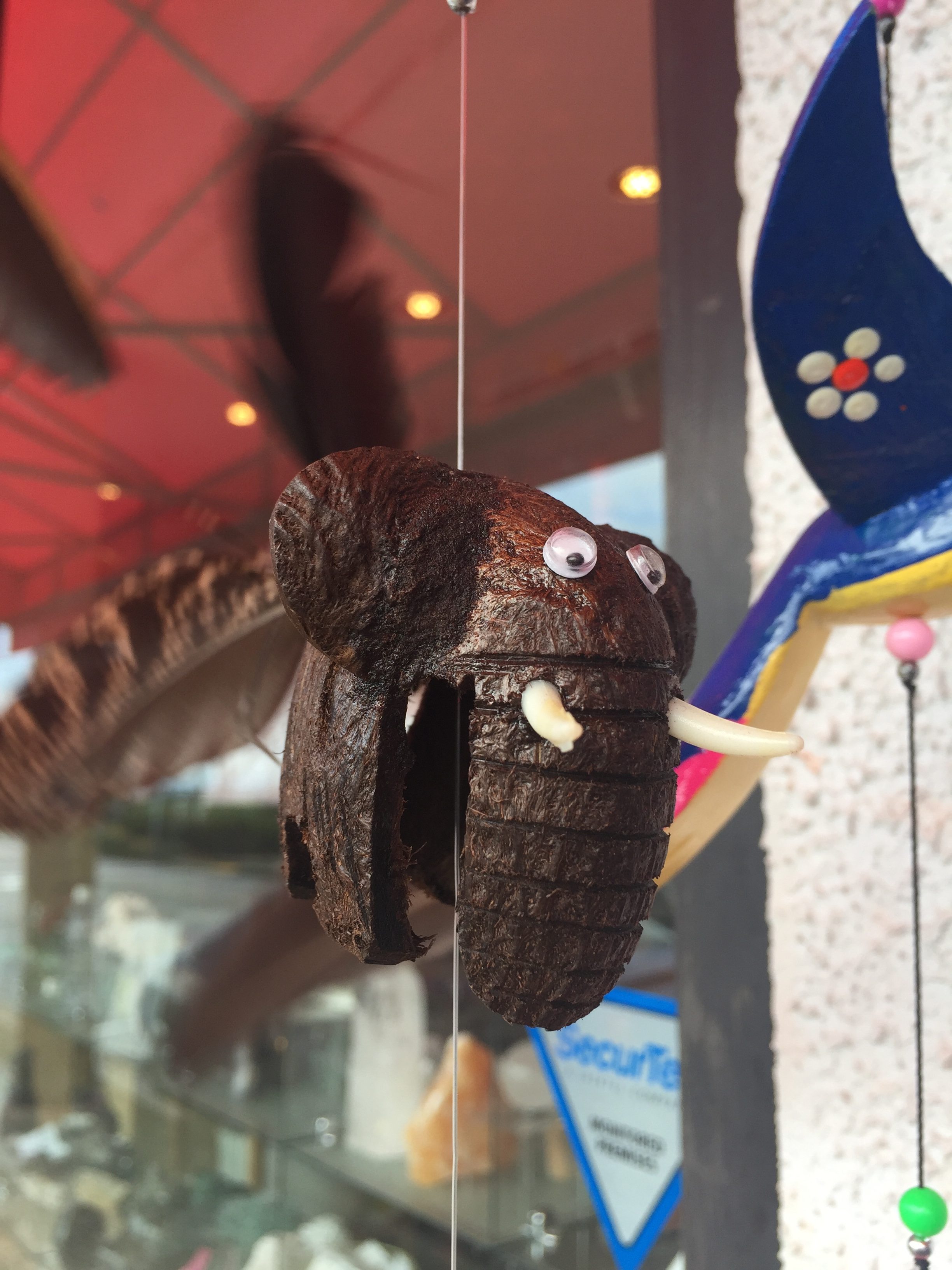 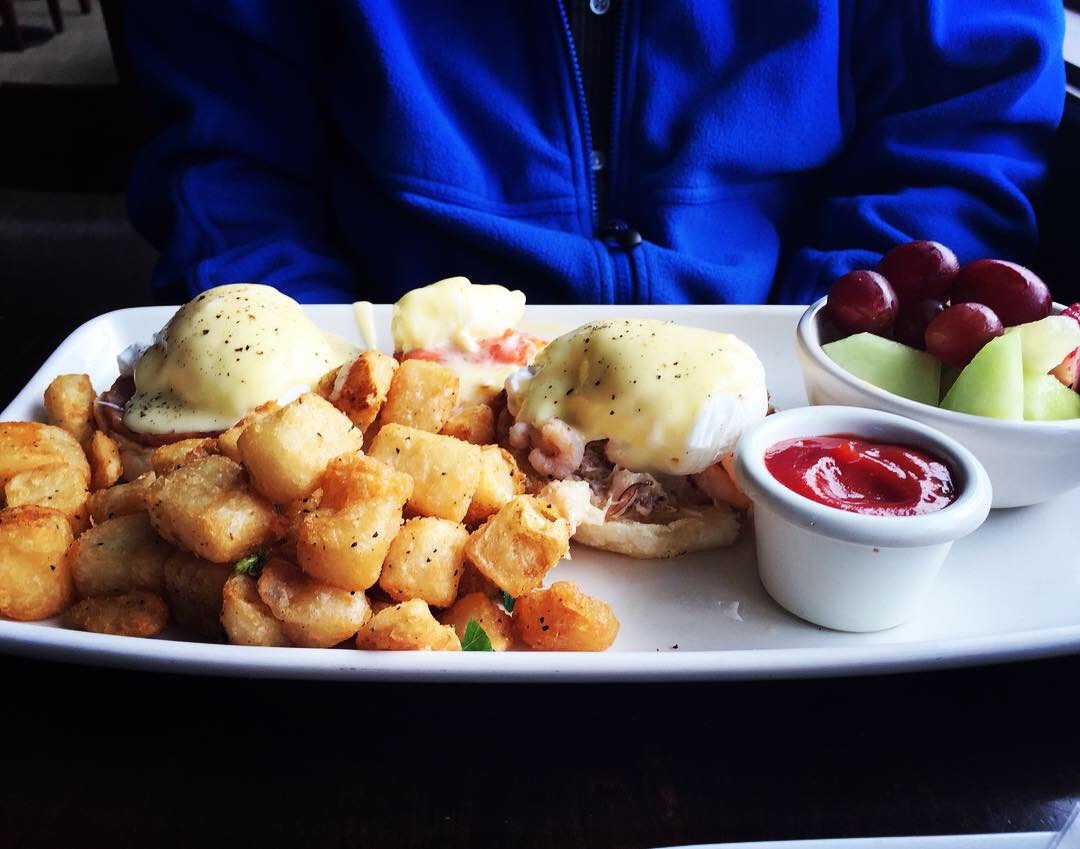 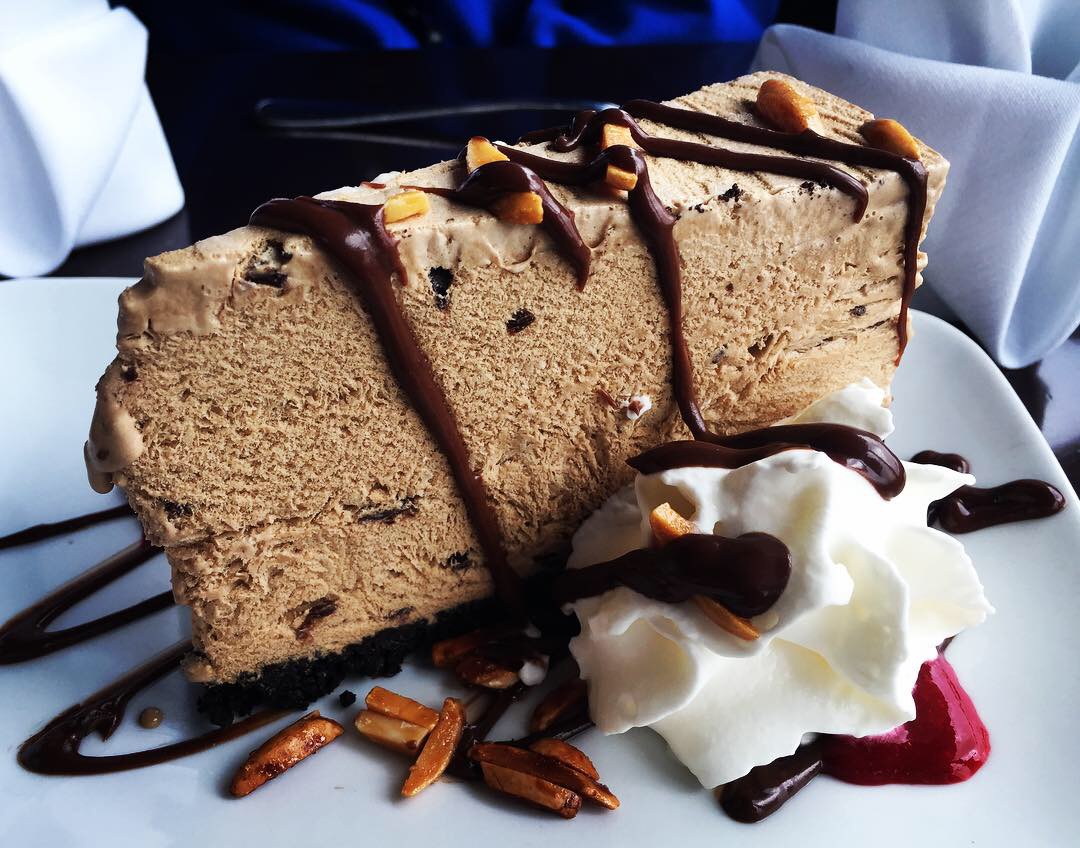 Back to the Beginning

I have started my website and blog from scratch. There are numerous reasons for this but sometimes one just needs to make a fresh start.

I had been thinking about start from scratch for sometime but the main push at this time was my hosting company Hostgator.  I had numerous technical issues with them that was quite tormenting and it was easier to have a make over than address the problems with them. I wouldn’t recommend Hostgator but didn’t want to make a change to another hosting platform this year.  I have a backup of all my other posts and I might bring them in at some other stage but not quite yet.

The Story So Far

For those who aren’t familiar with me or my story this is a quick run through of my recent life:

Well, that’s pretty much it. Hope you will stick with me as I share other life experiences with you here.

The hubby put up #canadian bunting and a large fla

The squirrels have been digging the dirt in our pl

I wish I hadn't tried these Lays #crisps "Numb and

Breakfast time for the wildlife in the #park. #bir

#blackouttuesday #voteouthate This is your momen

Someone painted the #rocks blue but since then new

#Lupins in our park.

Not too bad on the #roads today, busy in spots. #s

Yummy, went to No 9 restaurant today to buy my fav

Didn’t have to water the #flowers today.

Never give up on #love. #graffiti #rock #maythe4th

Hubby made a #facemask for both of us.

We took our car out for a quick run, drove through

Our local #gas station has the cheapest prices in