Since I wrote the last time I’ve been mainly doing bits and pieces of work relating to a new client and a couple of existing ones.  It’s kept me busy and I don’t think much of what is going on in the world. 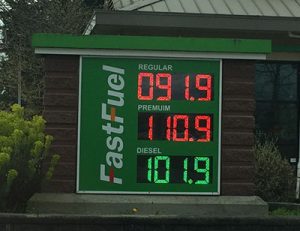 This past Friday’s shopping trip seemed a little bit more stressful than usual. People seem to forget the social distancing so avoiding people coming any closer is becoming more troublesome, especially with seniors who may not understand what’s going on. We had to go to 2 stores with the Asian supermarket being the best and we ended up with everything we needed.

We noticed the gas/petrol prices are very low at the moment, this is the price per litre in our neighbourhood, see picture right. However, the prices in Calgary are almost half that since they don’t have to pay taxes on it, I believe.

Today is the first day we had wet and cold weather, however, we’ve been out every day for a walk to try and keep active.

We went for a drive down to White Rock, mainly to recharge our cars batteries. The traffic was busy on the way down there, like there was no outbreak, mainly around Surrey, British Columbia. However, down by the waterfront it was fairly quiet. Most of the shops were closed, the promenade was closed as was the pier. People were jogging in the middle of the road as though there hadn’t been any traffice for quite a few days. 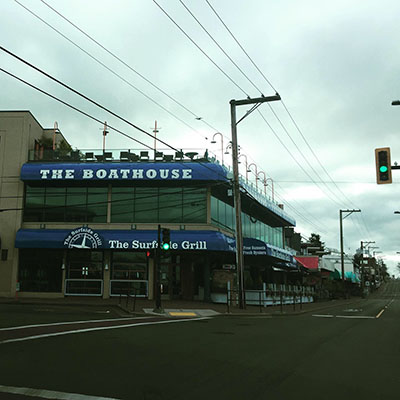 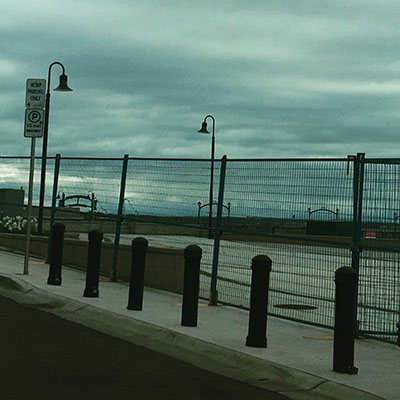 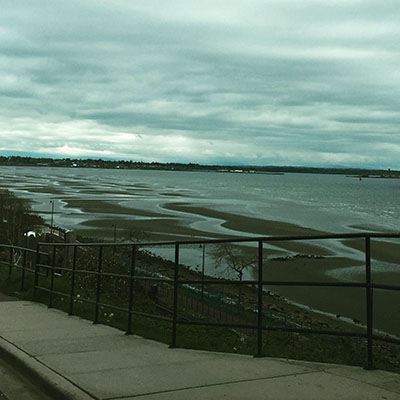 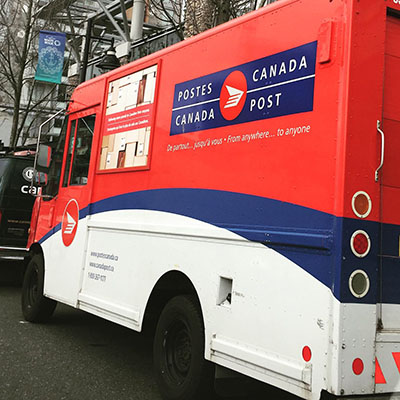 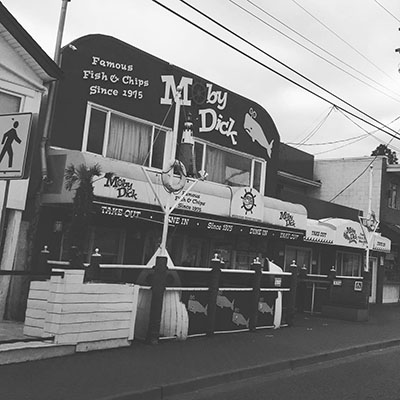 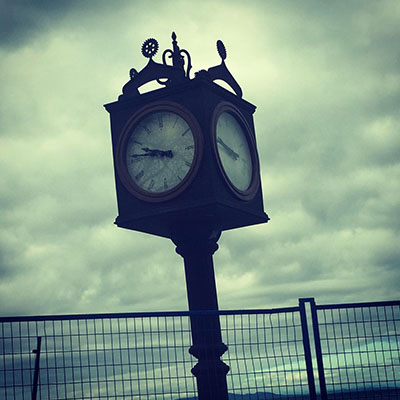 Well, as I said I hadn’t been paying too much attention to it, it has been pretty miserable out there.

Not sure what is going on in the US, it seems madness with a minority wanting to go back to normal despite it being too early to do that. But, I guess that is what the US has always been like, needs of the few lunatics outweigh the health and safety of the many. I am just pleased I’m not down there. Some American’s are blaming China, making racist remarks, and even Missouri taking legal action against them. China is still providing aid to the US in the way of protective gear.

Sad to hear the passing of Tim Brooke-Taylor and Eddie Large, two British celebrities who died due to COVID-19 complications. There has been so many deaths, all equally sad, I hope they all continue to be honoured and their stories shared.

I like looking at data, as grim as it can be, and this is a snapshop I find particularly interest. I compare British Columbia (BC) and Colorado (CO) as the population sizes are very similar, unforunately the latter has it worse than we do. The data for the US keeps going up and up by the minute so it’s difficult to be accurate, but for a developed country they really aren’t doing well at all. Whereas Taiwan, has far few cases than either BC or CO and have a much larger population, they are a country not a State or province. Then, there is the UK, so many issues, especially with the supply of protective equipment, and such are large number of deaths.

So, it’s all very grim, but luckily I have plenty of distractions to keep me sane.