Overall it doesn’t seem we are doing as badly as other places but it’s sad to hear about people dying fro this virus, 1 death is too many. Maybe people are adhering to the rules a bit more, I guess it takes a while for them to be drummed into people.

In Colorado, where we used to live, which has a very similar population to British Columbia, they have 1,740 cases. Colorado also has twice as many deaths as well.

The main news coming out of Canada is how they are instituting more rules about staying at home, altough some of them seem to be a little late. Being reactive seems a very similar trait among other countries as well. Like elsewhere, there is discussion around helping those who have been disadvantaged by the virus such as unemployment.

The Trump leadership in the US appears to going from bad to worse and I am quite concerned about my friends who live there, especially the vulnerable ones.

We went out on Friday 27th March to get a takeaway and some other essential food items. The restaurants we wanted to pick up from were closed until further notice. We did go into T&T supermarket for some asian essentials, they had quite a good stock in there, we were very pleased to pick up what we did, even dessert! 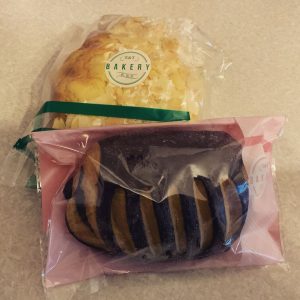 We are noticing people are starting to behave themselves a little better with the social distancing, or Phystical Distancing as they decided to call it now, from other people. The seniors were the worse due to being in denial of the situation.

We’ve been for our usual walks, to get some exercise in, ensuring we keep a distance from everyone and not touching anything as we enter/exit the building. I hurt my right foot so I have been stumbling when walking around.

I am continuing to work and learn new stuff from the online training courses I have signed up to.

The weather has been sunny until the past couple of days when it changed to be more rainy and cold.