I had low expectations for good customer service due to the pandemic and impact it had on all companies. However, those companies that were good remained good and those that were bad became worse.  So, let’s go through the issues I had during 2020.

A domain supplier and web host.

Probably the easiest company to deal with this year. Virtually 100% uptime of my website. When I had a query it took longer to answer than it normally did, about an hour or so, but that is certainly better than any other company I have dealt with.

There were some hiccups when they migrated from cPanel to their own Site Tools which took me a little while to resolve. See this post.

I’ve had issues with HSBC before but on the Canadian side, I haven’t had any problems with this year. Since I can talk to someone directly it has certainly helped a lot.

On the UK side, it’s very unfortunate that they rarely respond to me and don’t have a point of contact in the same way I have in Canada. It’s quite unfortunate that I have to struggle when they could make life easier with one 5 minute telephone call once or twice a year.

HSBC generally has a bad reputation globally due to some actions they have taken over political circumstances so I’m just wondering what the future holds for them.

Shaw is an internet and Cable TV provider in Canada, we cancelled our service with them as they were so bad. 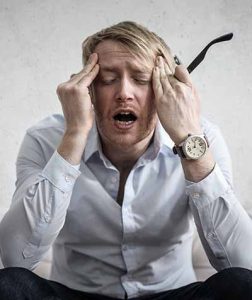 Shaw has certainly declined over the past 3 years. This is what I have found:

So, the result of the above has been our move to Telus Internet and TV.  Telus installed fibre in our area and their Black Friday/Cyber Monday deal was too good to pass up. We shall see how that goes.

Three of my clients use the GoDaddy system, they are not as horrible as Shaw (see above) but they have issues I wish they would resolve.

We have been with Telus Mobility, the mobile phone part of their company, for about 3 years now.

The good news is that I’ve never had to contact them about anything in 2020. Yay.

The installation of their TV and Internet service went well, see this post, the network seems more stable so far. The Telus guy who performed the installation did an excellent job, ensuring we had everything we needed. So, as I said, we’ll see how it goes.

Earlier in the year I had an altercation with a member of staff at Costco. They had implemented social distancing but couples of course could stick together. We were told off by an employee for not social distancing, straight couples weren’t being told off, only us, a same sex couple. This is the first discriminatory statement anyone has made to us in years and I was pretty angry by it. After a while the employee was made to apologize to us. I hope he learned a lesson.

Generally Costco staff are very good and jolly so I was taken aback by this incident. I did write to Costco about it to provide feedback in a constructive manner but they never replied, this told me a lot on how they handle cases of discrimination against their customers…ignore it basically.

I haven’t had any issues with Amazon this year, I try to avoid doing business with them anyhow, I don’t like their brand but unfortunately for some things, there are no competitors with the products I need.

One incident concerned me, a delivery arrived at about 9 pm and the member of staff had been out since 11 am without a break and nothing to eat. I find this quite troubling and another reason why I don’t like to give business to companies who treat their staff so poorly.

I engaged them to print off our annual Christmas newsletter. Unfortunately, they messed it up but I really couldn’t be bothered to ask them to fix it. I just won’t use their printing service again. The customer service person there is never happy no matter how cheerful I approach them. I have used UPS for printing before so I will go back with them in 2021, never had an unsatisfactory service from them.

We went into Staples a couple of other times, for non-print services, and they were ok.

There are other companies that I haven’t mentioned here, supermarkets have done particularly well during the pandemic, most staff have managed to cope despite members of the public’s bad behaviour towards them.

Good and bad spots like other years but as I said my expectations were much lower this year.