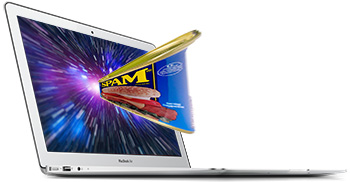 I have written a few times on my struggles in dealing with spam email and trying to prevent it hitting my account.

Once a spammer has your email address it is circulated widely among bad actors and those companies who sell hosting or domains to them aren’t really going to do much about it, not that they can anyhow. These companies are reactionary to problems rather than put in place something pro-active to stop them from buying their resources in the first place.

At the end of the day, if you want to get rid of the spam, the only solution is to delete your email address and start from scratch again.

The main email address that received spam I’ve had for many years. I had previously used it on social media platforms. In 2012 LinkedIn had a data breach for which many emails and passwords were sold on to Russian crime syndicates, and most likely went further afield than that.

The email was based on a domain I owned, here is the process I went through in deleting it:

The worst part was updating my details with companies for which the process was difficult or impossible:

Going through this process was painful but totally worth it:

I just hope criminals don’t get my current email address but I fear it’s just a matter of time.