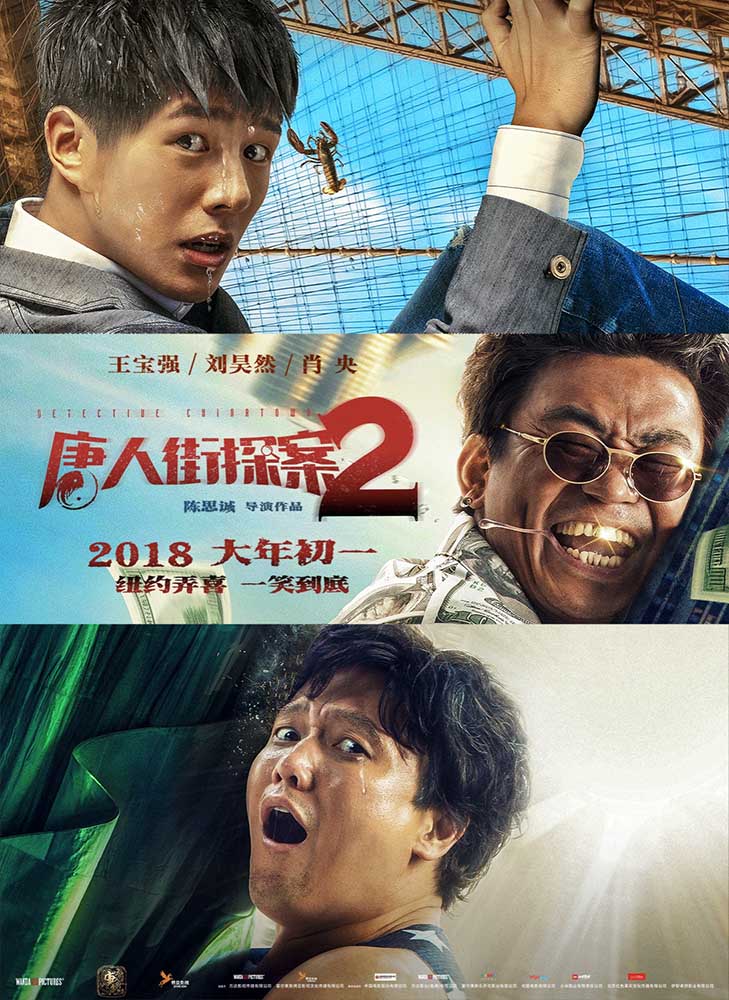 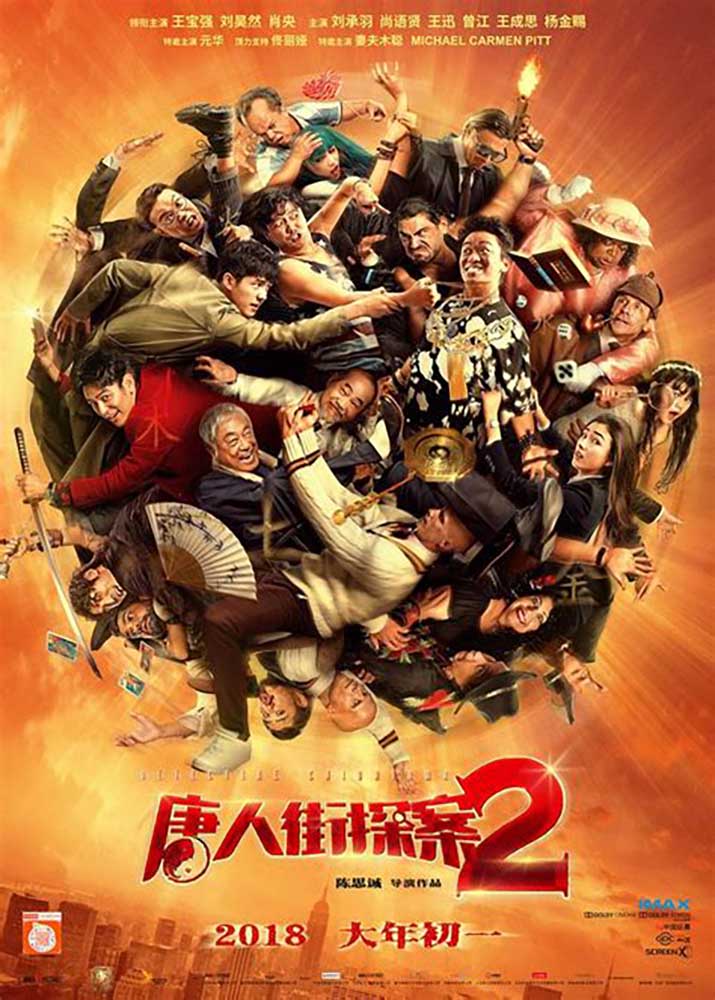 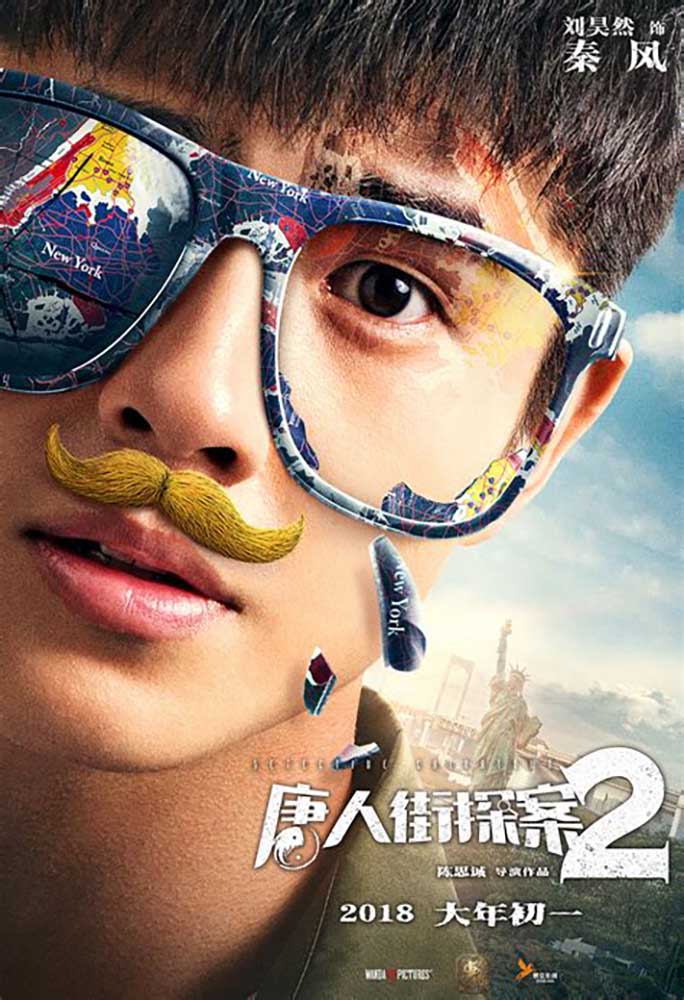 Detectives Qin Feng and Tang Ren fly to New York when the Chinatown godfather Uncle Qi’s missing son turns into a murder investigation.  It is up to them to track down the killer but in competition with members of the International Detective Alliance as the winner will receive $5m.

Liu Hao Ran (刘昊然) plays Qin Feng
Best known for entertainment shows and movies. A very busy actor with confirmed contracts for 7 upcoming movies and 3 entertainment TV shows. He is one of three Chinese celebrities listed for Forbes 30 under 30 Asian celebrities. He is best known for the Detective Chinatown series. He is often known as Turbo Liu.
Instagram

Wang Bao Qiang (王宝强) plays Tang Ren
Best known for movies, he is also a singer and has won numerous awards. They have certainly put a lot of makeup on him in the film, he is hardly recognizable from his true self.

The thing about this movie is that they must have a lot of cooperation with US government entities to make it happen. I would have thought they need immigration clearance to bring in such a large crew. Also, closing down some streets in New York for filming is something you don’t see that often.  There is a mix of mainly Chinese actors but quite a few US-based ones too, it was good to see them all work together.

When I see the reviews some say they have a lot of stereotypical roles on the western side but I’m not sure it was racist as some suggested. At times they did portray Americans as being stupid but there was a very positive US-orientated song!

The movie itself was pretty outstanding. Sometimes slapstick but most often completely ridiculous and hilarious. It is escapism. We have a super-brain detective and his sidekick who is a complete buffoon, but the team-up works well.

There is a lot of CGI and some of the bystanders must have thought “what the heck is going on” as Liu Hao Ran waved his arms while being filmed for the special effects to be added later.

In one street scene, you could see at the end of the block that NYPD has closed off the street for the filming. There weren’t many errors like this but when one was made it stood out like a sore thumb.

The script, well, was very simple. There was nothing profound about the story, just fun and antics. The “routine” in Time Square at the end was brilliant, very jolly. There were some continuity issues in parts of the story, like transition mishaps between scenes.

This movie is absolutely worth the watch. I would give it a 4.5 out of 5.

Detective Chinatown 3, in Japan, has been released a couple of years ago and the actors have signed up for 4 and 5 already.  It’s turning into a franchise.

It’s available on Viki. I watched it on Tubi. I think it’s supposed to be on Netflix but certainly not in Canada. See this page to review a list of places you can see Asian programming.