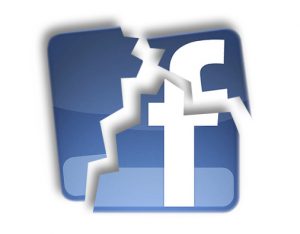 Many users have been asking themselves whether they should remain on Facebook due to the number of controversies surrounding the company and subsequently looking at alternatives.

I don’t want to recommend any alternatives to anyone, most can discover those on their own, but I will run through what I currently use.

The last straw for many people was Facebook willfully allowing misinformation and divisive content to proliferate on its platform leading to walkouts from staff [Business Insider – 2nd June 2020]. A group of civil rights organizations are asking big brands to boycott advertising on the platform during July 2020 because Facebook allowed incitement to violence against protestors fighting for racial justice in America [Mashable – 17 June 2020]. These are a mere drop in the ocean of controversies Facebook has been involved in. As a result, the majority of friends have stopped posting on Facebook to see how these pan out until the US election is over.

So what are the alternatives I use?

Far from perfect, lots of fake accounts, people tweeting before engaging brain first, and way too much politics.

I rarely engage with those who are not identifiable as a real person or company/organization. Identifying oneself adds a layer of credibility.

Telegram and Skype
Replacements for Facebook Messenger and WhatsApp

I was getting a huge amount of spam on Messenger, including adverts from companies I didn’t know and fake users.

Telegram has a better layer of security, although nothing is 100% secure, journalists are known to use the platform as well as activists around the globe.  Nothing is 100% secure and the negative thing about Telegram is the lack of my own contacts on there.

As I have Office 365 I use Skype quite frequently but mainly for business. Now and again I do receive spam invites but they are easy to detect and block.

I haven’t really found an alternative to groups although many online applications do have them.  In Facebook I belong to a couple of technical groups that are not emulated anywhere else, which is a shame. Google+ was the best forum for groups but that met it’s demise over a year ago. MeWe was one of the replacements but didn’t impress me at all, I left.

LinkedIn has some groups but I have noticed the level of engagement on the ones I subscribe to have considerably dropped, it’s hardly worth going back to see if there is any new content there.

I was following a couple of media companies but not for long, I quickly deleted them. I didn’t like the comments that came along with them and the offensiveness of the engagement on there.

I’ve been using RSS readers for as far back as I can remember and will follow news organizations there. Many news websites do have RSS feeds even though they may not advertise them so it’s worth playing with URLs in a reader.

There are many RSS readers on the market, I use the following:

News Blur is the best if you want to read your feeds on a device as well as on a desktop, however, there is a subscription if you exceed a certain number.

I haven’t found an alternative for Instagram either although there are quite a few tools out there.

I was on Flickr for a while but no one else I knew was and they have a subscription model if you go over a limit.

I am still on Ello, I joined in its infancy but it seems to have died a death with exception to some artists. It’s certainly not for the every day person in the street kind of tool.

What I could do is start to increase the number of photos on this website which I have been thinking about for some time.