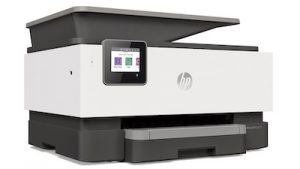 This is just a random review of HP customer service as I thought I had an odd experience today.

My current printer died and it’s not worth updating given that it doesn’t have all the groovy features you would expect in 2020. So thought it was about time to buy a new 4 in 1 model. I struggled to find one that is compatible with the latest Mac OSX. HP still seemed to be the best for my needs but I did have a slight trauma in contacting them.

It was an extraordinarily odd call. I noticed the rep wanted to adhere very tightly to a script that was most likely on her call centre application.

I managed to reach out to someone on Twitter. They managed to redirect me to a page on their site that had a list of Mojave compatible printers but didn’t list the one I was considering.

The social media person said he didn’t know if it was compatible as there had been a lot of confusion over this issue. Well, the confusion seemed to be mainly with HP. The guy gave me a technical support number to call, I suspect it was in the US.

I called the technical support number as provided.

It was difficult to get through their telephone workflow as it kept wanting to direct me towards the “virtual assistant”. At this stage, I was not patient enough to speak to a computer. The first call was dropped as soon as it redirected me to a human. Sigh. I called again and finally managed to get through to someone.

That call started in an odd way, the rep first asked me for an issue number, I said I didn’t have one. Then she asked me if I was “such and such” person, I said I wasn’t, maybe she was expecting someone to call her back. Finally got to ask her the question I wanted answering and got an immediate “yes it is compatible, via an app in the Apple Store”. She tried to get me to order the printer from her but it would take up to 6 days via a courier and just couldn’t be dealing with that.

Finally got there in the end.

I wrote feedback to HP about the above so they were aware of the process in getting an answer to a question stating that it shouldn’t have taken that long.

I was impressed with an immediate call back soon after I write that email. That was nice of them.

The final step was buying the printer which we did from a very hard salesperson in Staples Canada, that was a bit troublesome too.

I bought an HP OfficeJet Pro 9015.  I got it fixed up at home and it works perfectly with Mojave, as they said, via the app.