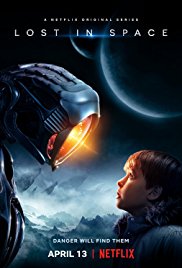 This year Netfilx released an updated version of the classic 1960s TV Series Lost in Space. There was a lot of apprehension among fans whether it would meet their standards especially as word got out that it wouldn’t be that familiar with the original.

From what I gather the writers and producers wanted this version to reflect how the original series would have been written in 2018 and taking out the pop-art/camp feel out of it. They thought some of the 1960s storylines just didn’t make sense, for example, why would Earth send just one family into space to colonize Alpha Centauri and not many of them. They also wanted a non-traditional family who have modern day issues, even though events are set into the future.

I have only seen 5 out of the 10 episodes so far but this is what I think of the series to date.

The Not So Cool Stuff

Overall, I didn’t feel engaged with the series and they failed to get me emotionally attached to it. It felt like a completely different show which they didn’t really need to brand it as “Lost in Space”. Many companies are trying to re-launch established brands with an existing audience but this didn’t quite work out.

I think I am more alone in my thinking that I wasn’t impressed with the series, from the fans the majority of them do like the new series. I would say there is about 15% of those that were not impressed, but I could be wrong.

The show has been renewed for a 2nd season, not sure when that will be shown on Netflix, it took quite a long time to develop and film season 1. Often the 1st season of a show isn’t that great so I will look forward to how they develop the show.