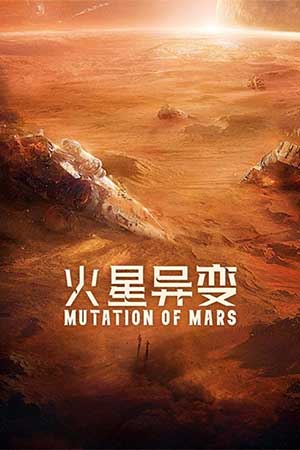 Mutation on Mars (火星异变) is a short Science Fiction Chinese movie that was released on 27 August 2021.

The earth plans to colonize Mars due to scarce resources back home and top scientists from around the globe take various species and plants o test in that environment.

Asteroids hit Mars destroying a part of the base camp and the animals start to mutate leaving the current occupants unable to take off to save themselves. Chinese astronauts are sent to save them if they can.

I hadn’t seen any of the cast in this movie before although a couple of the actors seem awfully familiar.

Shi Lang (石凉)
I started to see The Wolf TV series of 2020 which he was in but didn’t go any further than 2-3 episodes, I may have seen him in that. He played a co-main character in the movie.

Ren Zhong (任重)
He has worked on many projects including directing. Looks like he has been signed up to 6 future TV series.

Suo Xiao Kun (索笑坤)
He is best known for his work on Martial Universe seasons one and two. After that, he starred on Mutation on Mars and has an upcoming TV series called You Are My Hero.

Oh dear, what can I say?

On the positive side, I did manage to watch the movie from start to end. Spookily I want to find out what happened in the end.

The special effects were ok even though the story surrounding them wasn’t really that believable and poorly scripted. The space station and other vehicles were quite well-executed, although one looked awfully familiar to the chariot from the Netflix version of Lost in Space. I wasn’t quite sure what year this was supposed to be based on, the near future I would think, some tech was old and some new. The tech of the future was a current day Apple laptop. Also, there was immediate communication between Mars and Earth, with no delay. The wheel of the space station was moving too fast, I’m sure it would make them queezy.

Some of the more experienced actors carried the show and the less experienced ones didn’t come across that well. The Caucasian mad scientist guy, who looked/sounded like a Russian actor, was just dreadful, really cringe-worthy performance. One of the actors just overreacted to situations that might have been ok in a comedy but not a drama/SciFi show.

The best line of the movie was related to dumplings, which I won’t give away.

I don’t regret watching this movie, it was only 1 hour 5 minutes in duration. We had a good laugh and learnt that China is trying to make science fiction but has a little way to go to be competitive with the US/Canada/UK.

I think it’s best that I don’t rate it.