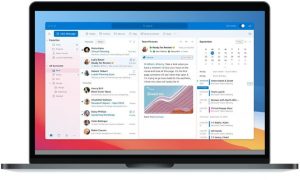 I’m on a Mac and have a Microsoft 365 Home subscription. Generally, it’s good value for money, however, recently the development of its Outlook program has given me cause for concern.

The new features in what Microsoft has branded “New Outlook” are detailed here. None of the features makes me very excited as I just use the program for basic use not in a large organisation. However, I do like to try upgrades when they come out, this has been a bumpy process for Microsoft.

It is difficult to find information from the company on the development of the program.

Communicating with Microsoft customer service was problematic, this is what I tried:

After the above, I am thinking there is a missing piece on the communication part of their projects.

I did find a roadmap of their product development but it doesn’t appear that this updated properly. Even looking at it today there are certain things that appear to be missing. I suspect there is a private and public roadmap.

In Outlook they provide a button to switch between the old and new version of the program. When clicking on the button a warning will appear that details the features that will go in the new version. When I clicked on it I was warned about losing POP accounts and “On My Computer”. When moving emails to an “On My Computer” folder it stores it on your computer rather than the email server, many customers completely rely on this.

This is a rough outline of the recent development cycle for the new Outlook:

So, every time I receive a new Outlook update I get excited that I can finally switch to the new version, however, I am constantly disappointed that I can’t due to it not meeting my needs at that stage.

Maybe I’ve got into bad habits over the years and relied too heavily on POP3 and “On My Computer”, so I am currently doing the following:

I am partly concerned POP3 and “On My Computer” won’t be the same as it was before so I’m trying to change my habits rather than being disappointed later on.