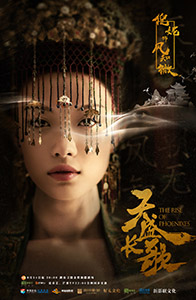 The Rise of Phoenixes (天盛长歌) is a 70 episode Chinese television series that aired on Hunan television between 14 August and 17 September 2018. Each episode was about 45 minutes in duration and was loosely adapted from the novel “Huang Quan” by Tianxia Guiyuan. The show was placed on Netflix on 14 September 2018.

The story is fairly complex but revolves around two main characters which pretty much sums up series:

The first few episodes felt really slow moving and wondered how I would ever get to the end of the series.

A few more episodes in and we were hooked.  We watched 2 episodes per week so the series lasted quite some time for us.

The best episodes were the last 10 with bigger budget special effects and twists in the plot.

The last episode was a bit of a suprise and many fans of the series were quite dissappointed.  I read comments online which said “I will only watch the show if it’s a happy ending”, well, not all shows are like that unfortunately. Thinking about it now, the ending did make sense given the events that had happened throughout the series. 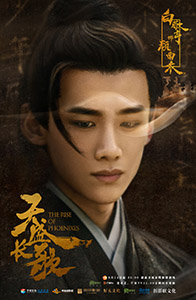 The star of the show was Ni Ni who played Fing Zhi Wei, she gave a great performance. I notice from her bio she has plenty of work going on right now, which is great news.

Chen Kun, who played Ning Yi, played his character well. The Royal Family were certainly a band of psycho misfits and this character was played well giving it a creepy, sneaky yet loveable persona.

The Emporer was played by Ni Da Hong who I immediately recognized from the first series of Ever Night. I actually preferred him in Ever Night but I think he was more loveable in that series than he was in Rise of the Phoenixes.

My favourite character absolutely has to be Gu Nan Yi played by Bai Jingting. Very quiet character, strong, yet got into quite humorous situations. Pictured right.

It was a good series that was quite well made. The acting carried it more than the story line which anyone watching need to give it time to develop. I would give it a 8/10, this is pretty much the same rating others have given it, that I’ve seen anyhow.

We had problems viewing the subtitles for a good portion of the series. The customer service at Netflix was pretty much non-existant. However, we found out that the when accessing Netflix via our cable provider Shaw it affected 50% of the subtitles in any given show. I moved Netflix from Shaw to a regular SmartTV app and everything was fine. I sent feedback to Shaw but they never responded, obviously weren’t interested.

Ni Da Hong (倪大宏) who played Ning Shi Zheng in Rise of Phoenixes was also in Ever Night Season One, which I didn’t review.