The Four (四大名捕) is a Chinese movie released on 12th July 2012. The film was due to be the first part of a trilogy, I notice parts 2 and 3 have also been released. 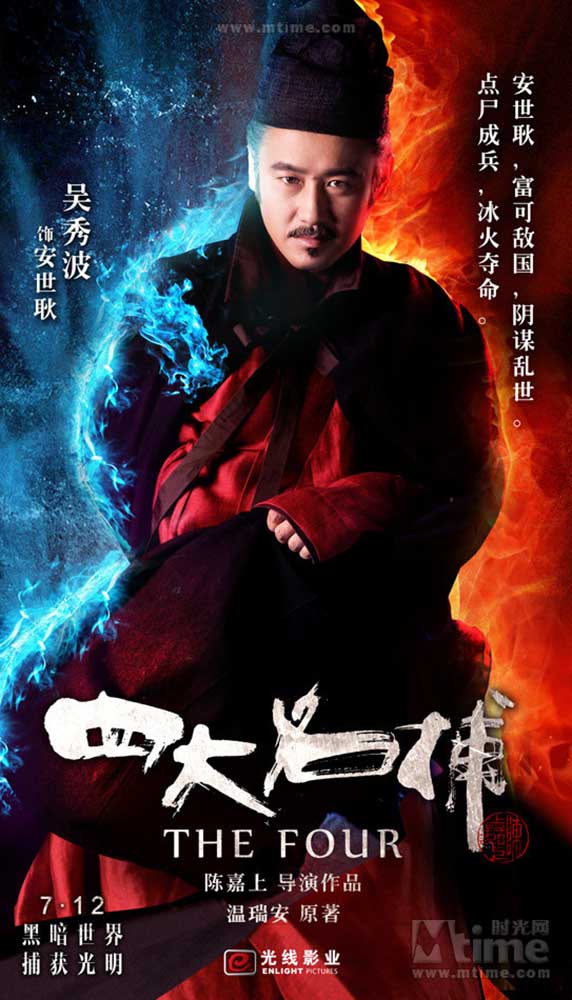 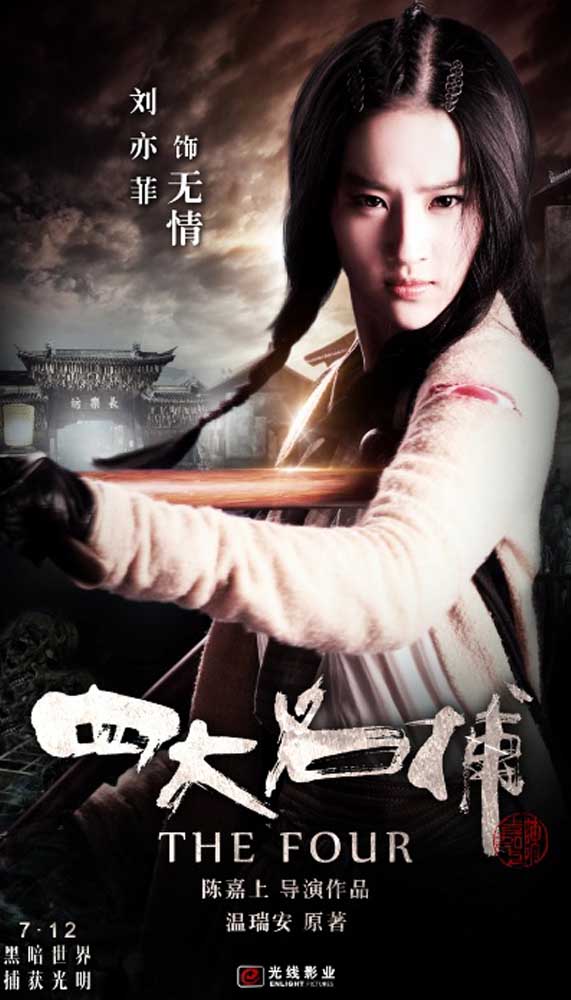 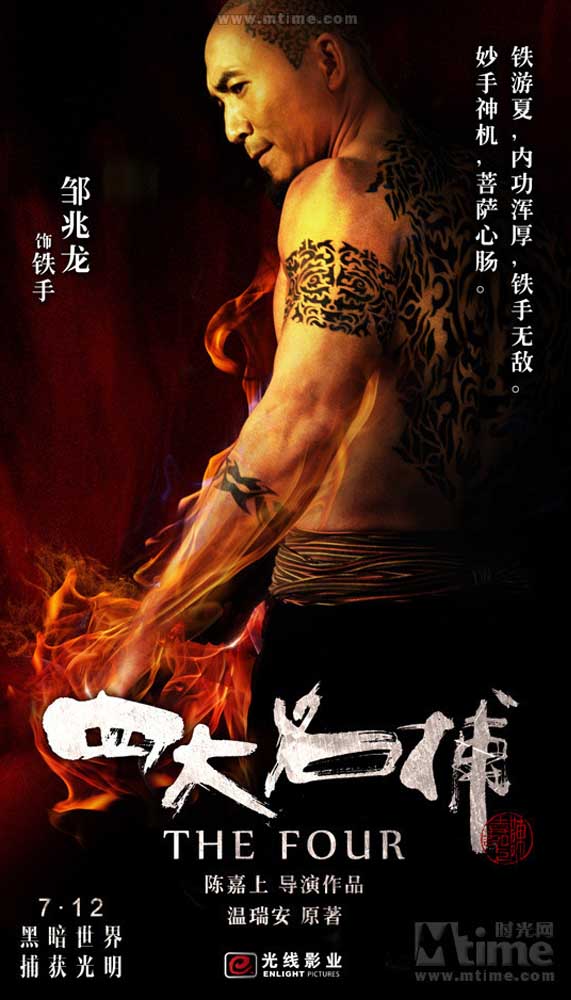 Counterfeit money circulating around the capital of the Song Dynasty and The Department of Six Constabulary and Divine Constabulary are sent to investigate. However, there is a conflict between the two constabularies and eventually, the Divine one is suspended, however, they do continue with the work in an unauthorized manner.

Crystal Liu (刘亦菲) as “Emotionless”
I have not heard of this actress before however she was chosen by Disney in 2017 to play the role of Hua Mulan in the 2019 remake.

Collin Chou (邹兆龙) as “Iron Hands”
He appears to have started his film career in 1988 playing the main role in “Shy Spirit”. He is a Hong Kong based Taiwanese actor and martial artist. He played Seraph in the Matrix films. He studied at Pierce Community College in Los Angeles.
Official Website

Ronald Cheng (郑中基) as “Chaser”
He is a Hong Kong Cantopop singer and movie actor. We have seen him in one of the “All’s Well, Ends Well” movies.
Instagram

Deng Chao (邓超) as “Cold Blood”
He is a popular Chinese actor and singer, who has directed 4 movies and will do the same with “Ping-Pong of China” which has an unknown release date. We have seen him in a few productions including “My People, My Homeland”, “Midnight Diner” and “The Mermaid”.

Sheren Tang (鄧萃雯) as Aunt Poise
We were really surprised to see Sheren pop up in this movie, playing a support role. Of course, she is an amazing Hong Kong actress who we’ve seen in a number of TV shows.

Even though this movie is based on the novel “Si Da Ming Fu” by Wan Rui An, we feel it was similar to a superhero movie with characters having superpowers that of the X-Men, Fantastic Four or Avengers.

The production company was really lucky to have the cast they had, what the movie lacked the actors made up for. The film was about the cast and the action.

The script wasn’t thought-provoking or artistic in any way, as I said it was an action movie not comparable to the work of Shakespeare.

Some of the “tech” in the movie was quite interesting, for example, the wheelchair that would move by “thought control” rather than using your arms.

The movie has quite a bit of wuxia in it and for 2012 it was very well done for back then. Actually, I wasn’t expecting the wuxia part but it was very welcome.

Internet Movie Database users only scored it 5.7/10 and it was much much better than that. Not sure why Asian movies get rated lower on that platform. On Asian-based sites, it had much better reviews. However, according to IMDB, it did make US$30m which sounds pretty decent, although I don’t know how much it cost to make.

You can see the movie on TubiTV.

Note, the trailer is not good quality but the film is obviously better than this.