Tracking protection in Firefox browser went a bit further than I had predicted. I tried to figure out why certain functions in websites weren’t working and then discovered it was due to tracking.

My first issue was the lack of graphics and videos not showing in my Hootsuite timeline, this is one example where it left a blank placeholder where the picture is supposed to appear: 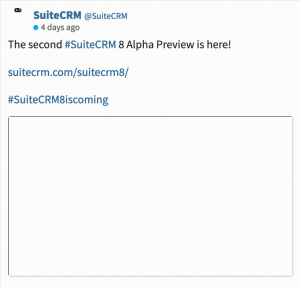 It took me ages to figure out why this was happening then I discovered someone else discussing this in a Mozilla forum. So, all I did was take off tracking protection and all my graphics returned (note, turn on to off after clicking on the purple shield to the left of the address bar). 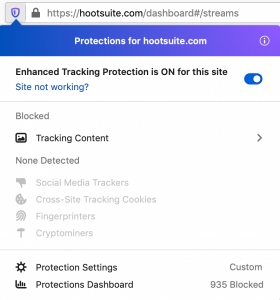 Then I realised I had a similar problem in WordPress where Twitter embeds weren’t showing up, they were in other browsers but not in Firefox. I saw a placeholder for the embed but nothing was being fed into it.

Same again, turn off tracking then the feed appeared.

My tracking configuration in Firefox is pretty strict which is most likely the reason why some websites are breaking.  I want to keep this custom setting but at least now I know how to fix it for certain websites I visit. 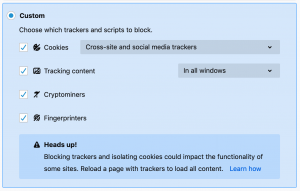