I have learnt plenty of lessons being on Twitter for quite a few years now and have built up my own social media etiquette.

I think of Twitter as a newspaper, I am the Editor responsible for my own content and ensuring it reflects my brand and thoughts, but at the same time hopefully of interest to other people. There are certain areas I am a subject matter expert in but I tend to share a large breadth of commentary on a large range of content. I am trying not to pick up bad habits of others on the platform and I detail some of these here. 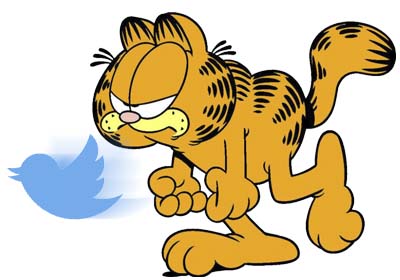 I’m asked quite often to share, or retweet, other people’s content so it “becomes viral” for them. I don’t take any notice of these requests.

If the posting is awesome I will share it without being asked and I’m sure others will do the same. I also believe in reciprocal arrangements on social media, if someone is constantly asking me to share their content, but they don’t share any of mine, then it’s not really collaborative.

Retweeting Your Own Tweets

There is one newspaper that does this constantly, I see the same article at least 5+ times a day.  They do the same on Facebook too. I have actually muted people who do this as it becomes tedious to see so many repeats in my timeline.

Be Strategic, Not Angry

There are certain tweets or users on Twitter that I certainly want to keep at a distance because they are either always angry and often offensive.

There are certain behaviour patterns I don’t care for and I will either mute or unfollow:

I rarely tweet on the fly now, I type it out, schedule it to go out in advance, think about what I said, and edit it if necessary.  If I say something that is not quite correct which someone points out to me in a constructive manner I will give them my thanks and send out a correction, just like a newspaper would (should) do.

For me it’s important to cite sources of the content or research that I am referring to in my Tweets, someone has gone to a lot of trouble working on something and I want to be able to give them credit it for it.  I will definitely link to their website if they have one, and their Twitter handles. I see this more in the scientific community as there is a code of practice when writing research which I try to reflect on social media.

There are many who call themselves “subject matter experts” on Twitter, but they clearly aren’t, who will steal work and not provide credit to the original author. I don’t like this practice at all especially when many could have the imagination to create their own work.

A profile is Anonymous or Lacking in Detail

I try not to follow or engage with anonymous people. If people are proud of their work they should be upfront in who they are. There are many anonymous profiles on Twitter because they have legitimate reasons to avoid the authorities, but they could be bots, or more likely they want to be vulgar producing a huge array of obscenities.

There is a huge range of guidance online to help beef up your brand on Social Media and elsewhere, it’s worth doing to come across as a more credible resource and someone you would want to know.

I am not an emoticon person and many people have a deluge of them in their tweets. As an older geezer, I have no idea what they all mean so I don’t read the tweet. I will sometimes use emoticons in bullet points on twitter from a visual appeal perspective, but not to form parts of a sentence.  I guess it depends on how wide people want their tweet to go since there is a certain part of the population would, maybe, understand all these emoticons.

There are quite a few naughties around hashtags, these are my “prefer people didn’t do” list:

Sometimes Twitter users will share high speed flashing gifs on social media but they can trigger epileptic seizures in others. Some do this on purpose but hopefully, the majority of people are unaware of the effects of these gifs. It’s worth just thinking about this when posting graphics online.

Constant self-praising and saying how fabulous they are can be fairly tedious on Twitter. Telling people how awesome they are is less self-indulgent and viewers will think “oh what a kind person he/she is” which encourages them to follow.

On Twitter, I’ve seen someone: a. I wrote this, isn’t it fabulous, it what everyone should want to read, b. retweet the same thing, c. retweet again saying “the article is talk of the town, I’ve received so many positive replies on twitter” (which they didn’t), d. wait an hour and retweet again saying how fabulous it is…and so it goes on.

Many companies are now following others online just to grab their attention to their product or service. Then some will follow them back. In turn, the company will then unfollow them as the deed has been done – generate more followers.

These fall into several categories:

My personal preference is to receive DMs from existing friends only. I don’t like talking to customer service departments via DMs, companies should have their own self-service website that provides me with a tracking ticket number or at least live-chat via a logged-in environment.

The last of our #tomatoes of the year, as grown by